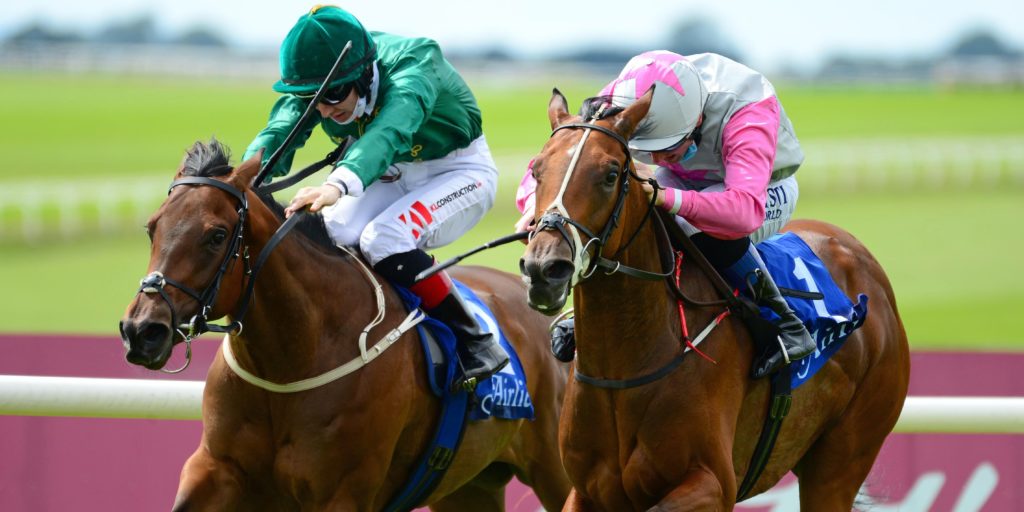 Aloha Star could take on the boys in next month’s Keeneland Phoenix Stakes following her Group Two triumph at the Curragh.

Despite having opened her account at the third time of asking at Bellewstown on her previous outing, Fozzy Stack’s filly was a largely unconsidered 33-1 outsider for Sunday’s Airlie Stud Stakes. However, her performance in beating odds-on favourite Frenetic by a head came as no surprise to her trainer. Stack said: “It was great to see her go and do that, because she’s a filly we always thought a lot of. “She was just a bit dizzy and fresh in Naas the first day, and then Chris (Hayes) taught her a lesson in how to settle in Tipperary. “She won well in Bellewstown and stepped up again on Sunday, so it’s great.” Considering future targets, he added: “We’ll think about the Phoenix Stakes – she would have to be supplemented for that. Later on you’ve got the Moyglare, which we can put her in at the second entry stage. “I was thinking about the Lowther at York, but she’d carry a penalty in that now, and you’ve obviously got the travelling to consider. “We’ll see how she is, but she could run in the Phoenix and then go for the Moyglare.” Follow us on Twitter racing365dotcom and like our Facebook page.