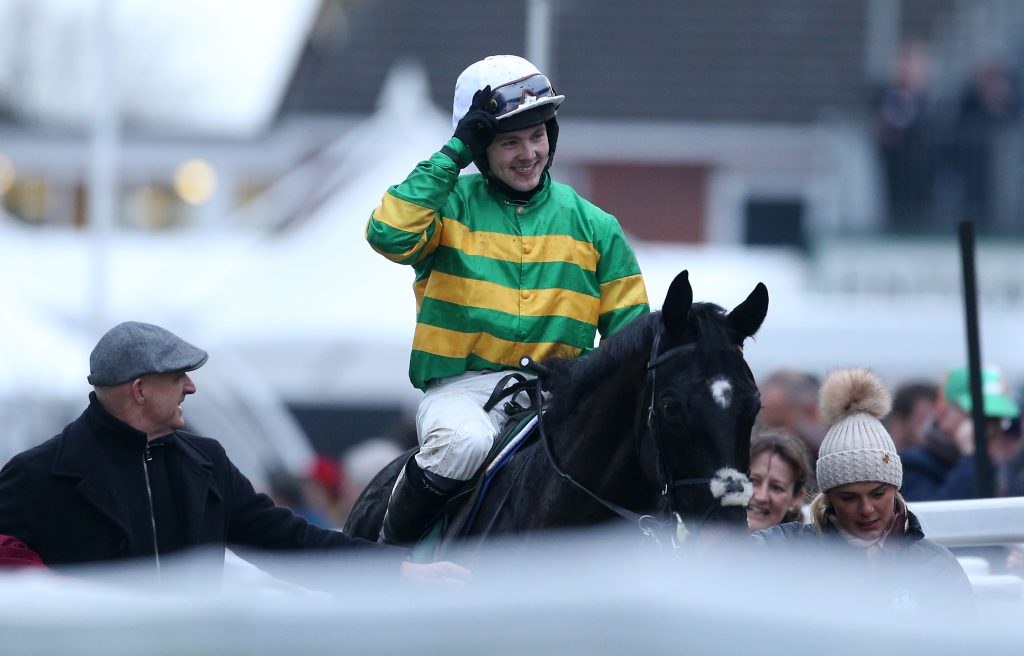 There was drama in the concluding race at Wetherby when conditional jockey Jonjo O’Neill jr mistakenly missed out the first flight in the straight on the final circuit. The 3lb claimer had taken top-weight Project Bluebook, trained by his father, Jonjo, into the lead as the field for the Watch Racing TV Anywhere Handicap Hurdle turned for home. Problems with low sun had resulted in the three flights down the back being removed, while the middle one in the straight was also to be bypassed after suffering damage on the first circuit. O’Neill jr appeared to misread the situation in the straight, steering his mount away from the flight before realising his error when seeing the arrows in front of the middle flight and a flag-man in situ. He then pulled up Project Bluebook. He was interviewed and shown recordings of the incident at the subsequent inquiry, where the stewards disqualified Project Bluebook and suspended the rider for 12 days for taking the wrong course as he had mistakenly steered around the third-last hurdle before pulling up. Antunes (3-1 favourite) went on to win the race by 10 lengths from Theatre Legend for Dan and Harry Skelton.