Home Tips Side with Taawfan at Windsor

Side with Taawfan at Windsor 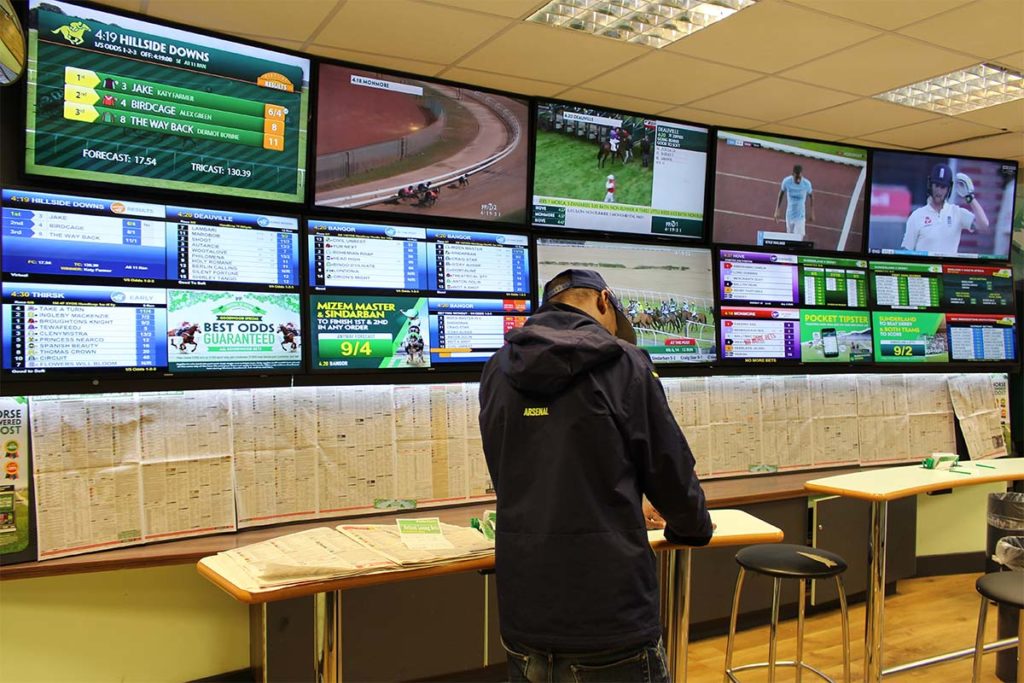 The superbly-bred three-year-old filly, by 2000 Guineas winner Night Of Thunder out of a 1000 Guineas heroine Ameerat, made her racecourse bow only in June but has already shown great promise. She was understandably green on her debut in a four-horse affair over seven furlongs at Sandown, and had to settle for second place behind Manigordo. That effort must have pleased trainer Owen Burrows, and she took a step forward when going up a furlong at Windsor in July. However, the race did not start well. She dwelt but quickly made ground to lead after a furlong. She had to be kept up to her work but was learning on the job and went on to score by a length and a half from Heaven Forfend. Exclusive MansionBet Promotion Taawfan should be more streetwise this time, and could be a nice prospect. In the Final Furlong Podcast Handicap, it may be worth giving a chance to Belated Breath. Hughie Morrison’s mare was a course-and-distance winner on fast ground last year, and returned to run well again here when third in a very competitive race almost exactly 12 months ago. She did not replicate that level on her second start of this season, again over course and distance, when a disappointing 10th of 12 – having previously come up short in Listed company on unsuitably softer ground at Haydock. Belated Breath is capable of better than that, likes Windsor and has been dropped 2lb for her untypically tame effort last month. Makanah has shown a good level of form in both his starts since the resumption of racing. Julie Camacho’s five-year-old sprinter made a successful reappearance with a battling display over Copper Knight at Newmarket in early June, and was not beaten far when fourth to Lahore at York recently. Makanah looks to have improved and should make his presence felt in the Watch On Racing TV Handicap at Haydock. Songkran should continue his rich vein of form by completing a four-timer in the Every Race Live On Racing TV Handicap. The Slade Power gelding has been a revelation since being bought out of David Elsworth’s stable for 20,000 guineas at Tattersalls Autumn Sales. Since being beaten a head on his first run for Newmarket trainer George Boughey, he has chalked up three victories in July at Yarmouth, Bath and Chepstow. As a consequence, he has gone up a total of 19lb inside a month since his narrow defeat at Newmarket. There may still be more to come, and stepping up from a mile and a quarter to one mile three and a half furlongs could help him do that. Delagate The Lady can make amends for her neck defeat at Yarmouth last time, by going one better in the Follow At The Races On Twitter Handicap at the seaside venue. Michael Attwater’s four-year-old was just denied a hat-trick by Dublin Rocker after wins at Chelmsford and Windsor. The daughter of Delegator is obviously at the top of her game and she can get back to winning ways. Best Odds Guaranteed On All Races Here SELECTIONS: HAYDOCK: 145 Aegeus, 215 Elegant Love, 245 Solent Gateway, 315 Makanah, 345 Diamondonthehill, 415 Proclaimer, 445 Lapidary, 515 Songkran, 550 Do You Love Me. NAAS: 205 Choice And Chance, 235 Nullifier, 305 Dickiedooda, 335 Jo Binney, 405 The Cola Kid, 435 So Wonderful, 505 Zawara, 535 Lord Park. ROSCOMMON: 220 Dazzling Darren, 250 Broomfields Jeremy, 320 Birdie Blitz, 350 Rapid Response, 420 Konitho, 450 Give Him Time, 520 Papal Lodge. WINDSOR: 440 Uncle Dick, 510 Quickstep Lady, 540 Belated Breath, 615 Daschas, 645 TAAWFAN (NAP), 715 Rose Grey, 745 Mr Top Hat, 815 Flashing Approach. YARMOUTH: 200 Walk It Talk It, 230 Volcano Bay, 300 Quarry Bay, 330 Jacinth, 400 Delagate The Lady, 430 Fighting Temeraire, 500 Joanie Stubbs, 530 Furqaan, 600 Haveoneyerself. SELECTIONS: Taawfan  645 at Windsor and Delagate The Lady 400 at Yarmouth.