Motagally can make amends at Bath 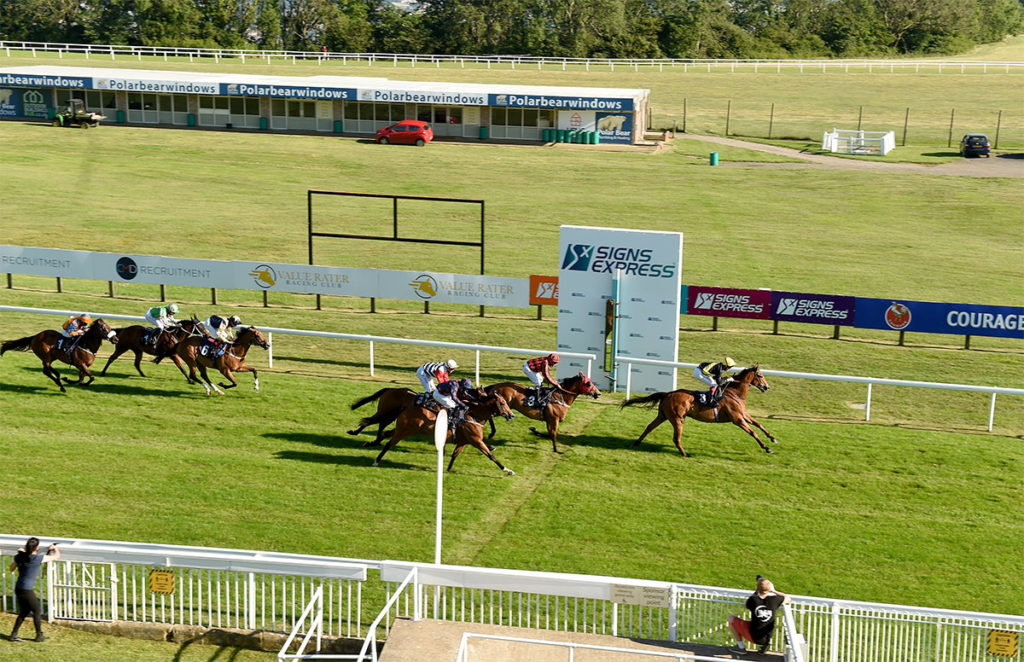 Motagally lost any real chance of victory coming out of the stalls on his most recent outing, but he can make amends in the bath.co.uk Handicap at the Somerset track.

Motagally lost any real chance of victory coming out of the stalls on his most recent outing, but he can make amends in the bath.co.uk Handicap at the Somerset track.

Charlie Hills’ runner was pitched into better company than this at Haydock and after a fine second on his return at Newmarket, he was certainly not unfancied at the Merseyside venue. However, he edged right leaving the stalls and collided with another runner – a mistake that cost him valuable momentum and saw him expend possibly a bit too much energy in trying to get back on an even keel. Motagally still made a bold show of it, but faded in the closing stages to finish fourth, with the handicapper subsequently dropping him 1lb in the ratings. This Swiss Spirit gelding certainly should not be written off yet and in slightly calmer waters here, Motagally can get back to the sort of form that saw him win two on the bounce at the end of last term. Toptime outran her odds to finish third on her debut and can step up on that in the British Stallion Studs EBF Novice Median Auction Stakes. Rod Millman’s charge looked thoroughly in need of the experience at Chepstow, struggling to go the early gallop before keeping on at the finish when the penny finally dropped. She should have learnt plenty for the run and can put that to good use. Pink Sands is one to watch at Yarmouth as she returns to action in the MansionBet’s Watch And Bet Fillies’ Novice Stakes. Beaten into second on her debut at Windsor last May – with the winner going on to be Group race-placed – Pink Sands turned out at Ripon the following month to register a cosy all-the-way victory over five furlongs. Pink Sands triumphed by nearly four lengths and the form worked out very well indeed, with the four horses directly behind her all going on to victory, including Lowther winner Living In The Past and Listed scorer Orlaith. The No Nay Never filly has been off the track since that run, but that hardly looks a disadvantage with none of her rivals having had a spin this season either. Alpine Mistral goes for a quickfire double in the first division of the Best Odds Guaranteed With MansionBet Handicap after scoring at Ripon last week. She did not enjoy a dream run at the Yorkshire venue, having to wait for a gap to appear, but nevertheless she got the business done in fine style, breezing home by five and a half lengths. Alpine Mistral won off a mark of 50 and given the winning distance, it probably makes sense to turn out under a 6lb penalty rather than wait for the handicapper to have his say. Science can finally get off the mark in the British Stallion Studs EBF Maiden Stakes at Catterick. He was well touted before his racecourse debut at Kempton in June but he could not reel in the front-running Army Of India despite his very best efforts, being beaten a short head at the line. Archie Watson decided to roll the dice at Royal Ascot anyway, but Science weakened in the final furlong of the Coventry Stakes having travelled well in the earlier part of the race, eventually finishing ninth. This appears an easier assignment and it will be disappointing if Science cannot take advantage. Group Three honours are on offer at Naas and Forever In Dreams can prevail in the Yeomanstown Stud Ballyogan Stakes. She was not beaten far at all by the admirable Speak In Colours last time and can get back on the winning track against her own sex. Best Odds Guaranteed On All Races Here SELECTIONS: BALLINROBE: 1.00 Two Shoe Tom, 1.30 Ashton Court, 2.00 Zinat, 2.30 Imperial Choice, 3.00 The Three Wizards, 3.30 Siberian Star, 4.00 Birdie Blitz, 4.35 Westcoast Tiger. BATH: 1.10 Toptime, 1.40 Spirit Of Ishy, 2.10 Amberine, 2.40 MOTAGALLY (NAP), 3.10 Arju, 3.40 Alezan, 4.10 Grimsthorpe Castle, 4.40 Ifton, 5.10 Agent Gibbs. CATTERICK: 4.30 Spanish Hustle, 5.00 Master Of Brazil, 5.30 The Mackem Rocket, 6.00 Our Dave, 6.30 Science, 7.00 Carlovian, 7.30 Northern Charm, 8.00 Indian Sounds, 8.30 Madeeh. NAAS: 4.45 Giselles Thunder, 5.15 Pretty Smart, 5.45 Daayeb, 6.15 Forever In Dreams, 6.45 Rosiewood, 7.15 King Of Athens, 7.45 Tashi, 8.15 Dawn Patrol. YARMOUTH: 12.45 Swift Verdict, 1.20 Alpine Mistral, 1.50 Grand Canal, 2.20 Pink Sands, 2.50 High Applause, 3.20 Independence Day, 3.50 Sparkling Diamond, 4.20 Millicent, 4.50 No Nay Bella. DOUBLE: Motagally and Pink Sands. Follow us on Twitter racing365dotcom and like our Facebook page.