Back Lullaby Moon at Newbury 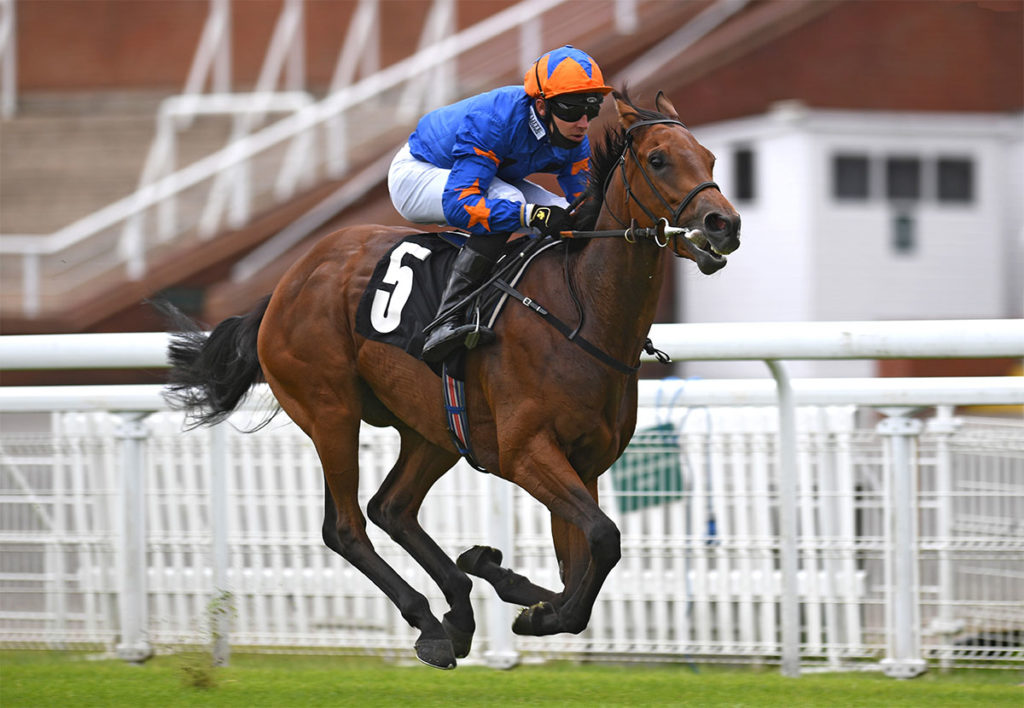 Lullaby Moon can confirm the impression she made on her debut and give her new owners an instant return on their investment in the Weatherbys Super Sprint at Newbury on Sunday.

Lullaby Moon can confirm the impression she made on her debut and give her new owners an instant return on their investment in the Weatherbys Super Sprint at Newbury on Sunday.

Sent off a relatively unconsidered 20-1 shot at Goodwood, she showed experience beyond her years to cruise into the lead before quickening clear in smart fashion. There are mixed messages from the form though – only the third has come out and won subsequently – but the manner of the victory certainly made a mark. Those who saw Lullaby Moon could not have failed to have been impressed and obviously somebody else was, as she is now in the care of Michael Bell for new owners having won for Joe Tuite. She cost just 16,000 guineas for previous connections and that means she runs in this off a low weight. The Steventon Stakes can go to William Haggas’ Faylaq. Haggas’ string did not come flying out of the blocks when racing resumed, but they are at full pitch now. Faylaq was perhaps one of the easiest winners you will ever see last year at Ripon on his handicap debut and he quickly followed up at Newmarket. When upped in class at Ascot, it maybe came too soon. He was not disgraced in the Cumberland Lodge on his final outing last term and given he is by Dubawi and out of an Arc winner in Danedream, he should be up to winning a Listed race. William Muir’s Just Hubert did not get a fair crack of the whip in the Northumberland Plate, so is worth another chance in the Marsh Cup. Slowly away, he was last for a mile and a half, seemingly not enjoying the Tapeta surface, before running on through beaten horses into 11th of 18. Only four, there remains more to come and he is now only 2lb higher than when winning a big pot at Musselburgh last season. Dubious Affair can continue her progression for Charlie Fellowes in the British Stallion Studs EBF/Bet365 Fillies’ Handicap. Breathtaking Look can take advantage of a drop in class in the William Hill Summer Fillies’ Stakes at York. Stuart Williams’ five-year-old was perhaps slightly out of her depth at Royal Ascot when eighth of nine behind Hello Youmzain in the Diamond Jubilee. She was not totally disgraced and prior to that had run subsequent July Cup winner Oxted to a length in the Abernant Stakes at level weights. Back in against her own sex, she sets a very high standard. It looks well worth Richard Fahey stepping up Ventura Rebel to seven furlongs for the William Hill King Charles II Stakes. Second to A’Ali in the Norfolk last season, he was beaten into fourth when favourite for the Super Sprint and not seen again until the resumption of racing at Newcastle. He looked rusty there when only sixth to Dubai Station in the Pavilion Stakes, but back at Ascot he returned to his best, beaten just four lengths by Golden Horde in the Commonwealth Cup when third. That is the strongest piece of form on offer in this Listed race and the fact he was putting in his best work at the end bodes well for this distance. There is also a good card at the Curragh, where Ger Lyons’ Frenetic can maintain her unbeaten record in the Airlie Stud Stakes. SELECTIONS CURRAGH: 2.00 Sister Rosetta, 2.35 She’s A Babe, 3.10 Frenetic, 3.45 A’Ali, 4.15 Ridenza, 4.45 Dune Of Pilat, 5.15 Warrior Brave, 5.45 Elzaamone. NEWBURY: 1.05 Verbena, 1.40 Mujbar, 2.15 Nahaarr, 2.50 LULLABY MOON (NAP), 3.25 Faylaq, 4.00 Just Hubert, 4.30 Dubious Affair, 5.00 Capla Berry. SOUTHWELL: 1.30 Hidden Cargo, 2.05 Romanor, 2.40 Double W’s, 3.15 Ginistrelli, 3.50 Emma Lamb, 4.20 Enemy Coast Ahead, 4.50 All Yours, 5.20 Can You Believe It. TIPPERARY: 2.20 Dime A Dozen, 2.55 Davids Charm, 3.30 Court Tycoon, 4.05 Ballymac Boy, 4.35 Black Scorpion, 5.05 Da Vinci Rock, 5.35 I’ve Got Rhythm. YORK: 12.15 Star Of Orion, 12.45 Matthew Flinders, 1.20 Spright, 1.55 Ventura Rebel, 2.30 Makanah, 3.05 Breathtaking Look, 3.35 Rousayan, 4.10 Excellent Times. DOUBLE: Lullaby Moon and Ventura Rebel. Follow us on Twitter racing365dotcom and like our Facebook page.