Home Tips Keep faith with Eye Of Heaven at Sandown

Keep faith with Eye Of Heaven at Sandown 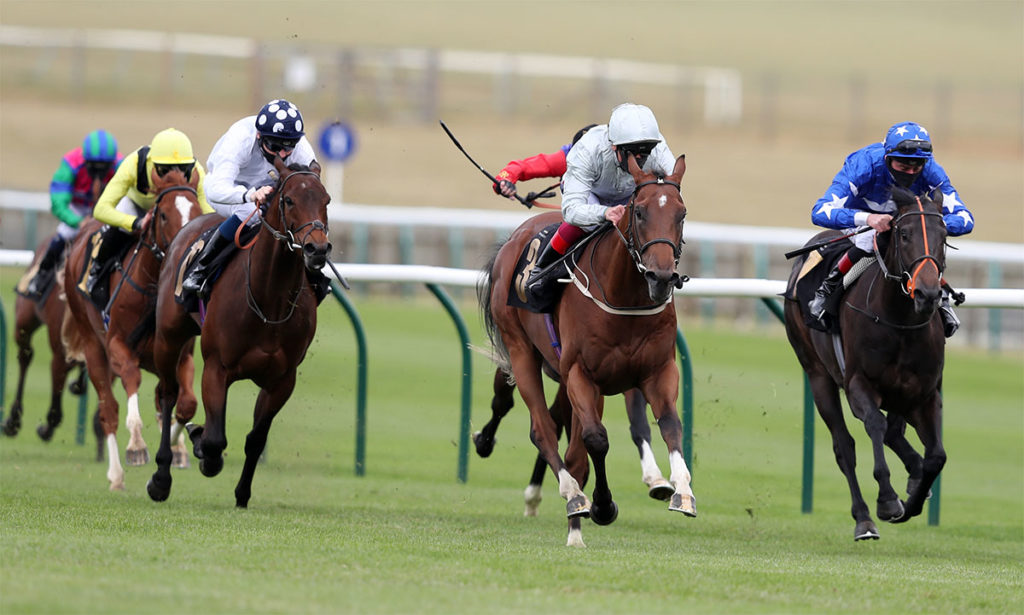 Eye Of Heaven was a disappointment at Royal Ascot, but his supporters can regain some of their losses if they keep the faith in the National Stakes at Sandown.

Eye Of Heaven was a disappointment at Royal Ascot, but his supporters can regain some of their losses if they keep the faith in the National Stakes at Sandown.

Mark Johnston’s charge was a hot favourite for the Norfolk Stakes after securing an impressive debut win at the beginning of June, with subsequent Windsor Castle and July Stakes scorer Tactical back in third. However, Eye Of Heaven could not match that performance on the big day in Berkshire as he was beaten 11 lengths in ninth by The Lir Jet. The Exceed And Excel colt raced keenly at Ascot and after being to the fore through the first four furlongs, he dropped away in the closing stages, with connections citing the soft ground as a reason for the run. Better conditions are in prospect at Sandown and it may well be too early to write him off. Saieqa is another to have lined up at Ascot, where he ran a cracker to finish third to shock winner Nando Parrado in the Coventry Stakes. Third on his initial outing at Newmarket, Saieqa was sent off a 25-1 shot in the Coventry and made late progress to take third, just over two lengths down on the winner. John Gosden’s charge never really looked like winning, but given the way he stayed on the decision to switch up to seven furlongs in the Esher EBF Novice Stakes looks an obvious move ahead of likely bigger targets. Magic J is becoming a bit frustrating to follow with four placed efforts in his last four runs, but his time can come in the Datchet Handicap. Beaten half a length in second at Wolverhampton last time, the verdict could so easily have been different if Magic J had not got a significant bump at the start, leaving him a bit further off the pace than ideal. A 3lb rise seems a bit harsh, but the temptation is to give him another chance. Subjectivist has hit the frame in two starts so far this term, but he can take Listed honours in the Irish Stallion Farms EBF Glasgow Stakes at Hamilton. Mark Johnston’s charge started his 2020 campaign at Royal Ascot, where he was certainly not disgraced in finishing a close-up third to Hukum in the King George V Stakes. That was his first start for 249 days so progress would have been expected ahead of his next start, but unfortunately he bumped into a well-backed favourite in Favorite Moon over 14 furlongs at Haydock. Beaten a length, Subjectivist had no luck in running as he was hampered and carried badly right after a couple of furlongs, with the effort to make up lost ground perhaps just telling in the finish. The assessor clearly felt Subjectivist had turned in a decent effort nevertheless, bumping him up 6lb to a perch of 103, which gives him a handy advantage under the conditions of this race. Dropping back in trip should not present an issue either judged on his Ascot effort. Fr Humphrey can defy his advancing years and win the Sky Sports Racing Sky 415 Handicap Chase at Uttoxeter. Now a 12-year-old, he has shown his best form on a sound surface and was last seen when winning on good ground at Huntingdon back in November. SELECTIONS: HAMILTON: 12.30 Salsoul, 1.00 Lady Celia, 1.30 Gullane One, 2.00 Cold Stare, 2.30 Phoenix Approach, 3.00 Subjectivist, 3.30 Amber Storm, 4.00 Sir Havelock. LEOPARDSTOWN: 4.15 Ebeko, 4.45 Sweet Justice, 5.15 Caesar’s Comet, 5.45 Galileo Chrome, 6.15 Strongbowe, 6.45 Awkwafina, 7.15 Aztec Parade. SANDOWN: 4.20 Indian Raj, 4.55 Magic J, 5.25 EYE OF HEAVEN (NAP), 6.00 Mia Mia, 6.30 Saeiqa, 7.00 Ivadream, 7.30 Fighting Don, 8.00 Mr Chua. UTTOXETER: 12.15 Black Kraken, 12.45 Arcadian Spring, 1.15 Honourmission, 1.45 Little Stevie, 2.15 Esprit De Baileys, 2.45 Fr Humphery, 3.15 Innerpickle, 3.50 Hen, 4.25 Olympic Fighter. DOUBLE: Eye Of Heaven and Subjectivist. Follow us on Twitter racing365dotcom and like our Facebook page.