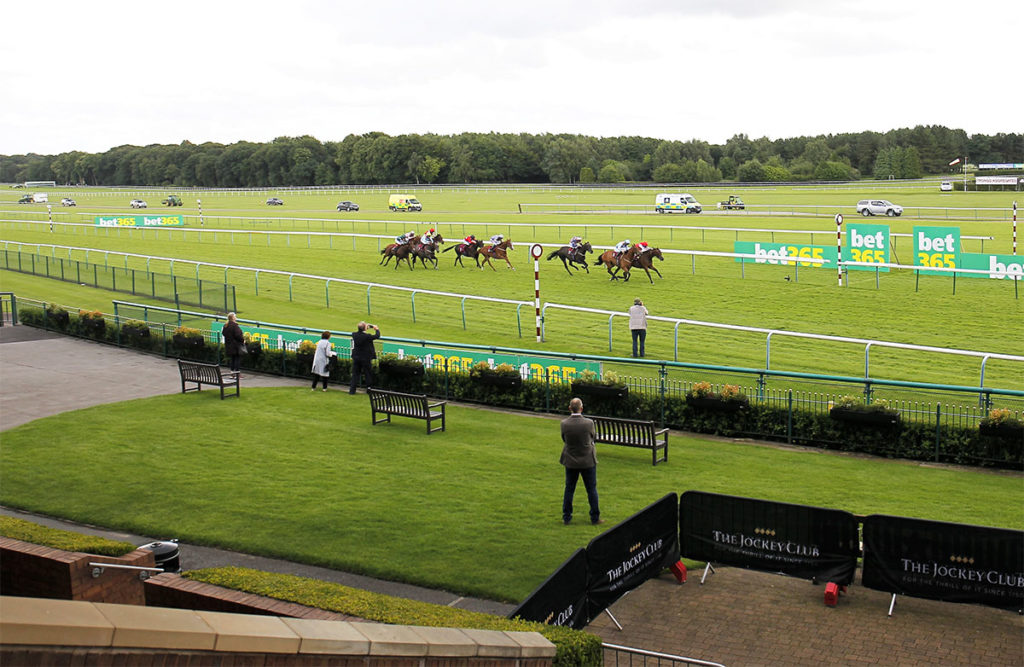 Alignak can take the step up from handicap to Listed company with victory in the Tapster Stakes at Haydock.

Alignak can take the step up from handicap to Listed company with victory in the Tapster Stakes at Haydock.

The four-year-old has been given plenty of time to develop and mature, like so many of Sir Michael Stoute’s horses. That policy is now paying off and the Sea The Moon colt has progressed from race to race. After getting off the mark in convincing fashion on his fourth outing at Kempton in September, he won tidily enough at Newcastle on his return last month. Alignak is tackling better-class rivals now but he has been going the right way and is unexposed. Breanski can be rewarded for two fine performances in defeat by taking the first division of the Churchill Tyres A Great British Brand Handicap at Beverley. Jedd O’Keeffe’s six-year-old just failed by a neck to peg back Masked Identity at Newcastle last week, after only being beaten half a length in third place behind Northernpowerhouse at Redcar on his previous start. Admittedly he has gone up a total of 2lb for those efforts, but he is obviously in good form and could easily get the roll of the dice this time. Zihaam can defy a 4lb rise for a recent success over a mile and a quarter at the East Yorkshire venue by repeating the trick in the Welcome Back To Racehorse Owners Handicap. A burst of speed saw Roger Fell’s charge gain command in the final furlong to see him on top of the field at the line as he won by half a length from Ideal Candy. As that was only his second run since returning from an eight-month absence, the chances are there is more to come from the six-year-old. Stormingin made a promising comeback after three months off the track at Newbury and can make that run pay in the Darrington Handicap at Chepstow. Gary Moore’s seven-year-old travelled eyecatchingly well towards the rear for most of the mile-and-a-quarter journey, only for his run to peter out due to lack of race fitness. He should be cherry ripe on this occasion. Coltrane can make it third time lucky in the Usk Maiden Stakes. The son of Mastercraftsman has shaped well when second and fourth on his two starts, both over a mile and a half at Kempton this summer. He samples turf for the first time in public but that should not be a problem. Raatea did not have the best of runs at Newmarket last time but can put that right in the Persimmon Homes At Appleyard Fleckney Handicap at Leicester. Marcus Tregoning’s lightly-raced gelding had nowhere to go at a crucial stage of the race, yet stayed on well to finish just half a length behind the winner Boccaccio in third place. That was his first time in a handicap following a novice success at Kempton. He should be more streetwise after that experience. Petit Bay can register a second course success this summer in the Leicester Racecourse Supporting Frontline Workers Handicap. The four-year-old, trained by Sir Mark Todd, was well on top at the end of the mile and a quarter last time out to suggest he will have no trouble going another two furlongs. SELECTIONS: BEVERLEY: 12.00 Navajo Spring, 12.35 The Grey Bay, 1.10 Frankenstella, 1.40 Stonific, 2.10 Dawn Breaking, 2.40 Breanski, 3.10 Rux Ruxx, 3.40 Zihaam, 4.10 Trinity Girl. CHEPSTOW: 12.15 Lady Florence, 12.45 Study The Stars, 1.20 Fantasy Justifier, 1.50 Inner Circle, 2.20 Zenaida, 2.50 Mr Shady, 3.20 Stormingin, 3.50 Coltrane. HAYDOCK: 4.25 Pot Of Paint, 4.55 Imperial Force, 5.25 Kapono, 5.55 Harmonious, 6.25 ALIGNAK (NAP), 6.55 Snazzy Jazzy, 7.25 Lawahed, 7.55 Future King, 8.25 Oloroso. KILBEGGAN: 4.45 Jawbox, 5.15 Bonarc, 5.45 Rasiym, 6.15 Bective Cave, 6.45 The Trigger, 7.15 Abbi Shore, 7.45 Ballymac Boy. LEICESTER: 4.35 Musicality, 5.05 Lippy Lady, 5.35 Raatea, 6.05 Pretty Pickle, 6.35 Cloud Drift, 7.05 Bad Company, 7.35 Compass Point, 8.05 Thibaan, 8.35 Petit Bay. LIMERICK: 1.00 Winter Oasis, 1.30 Repute, 2.00 Darkest, 2.30 Fastnet Crown, 3.00 Thaleeq, 3.30 Lady Arona, 4.00 Ya Ya Baby, 4.30 Penny Out. DOUBLE: Alignak and Raatea. Follow us on Twitter racing365dotcom and like our Facebook page.