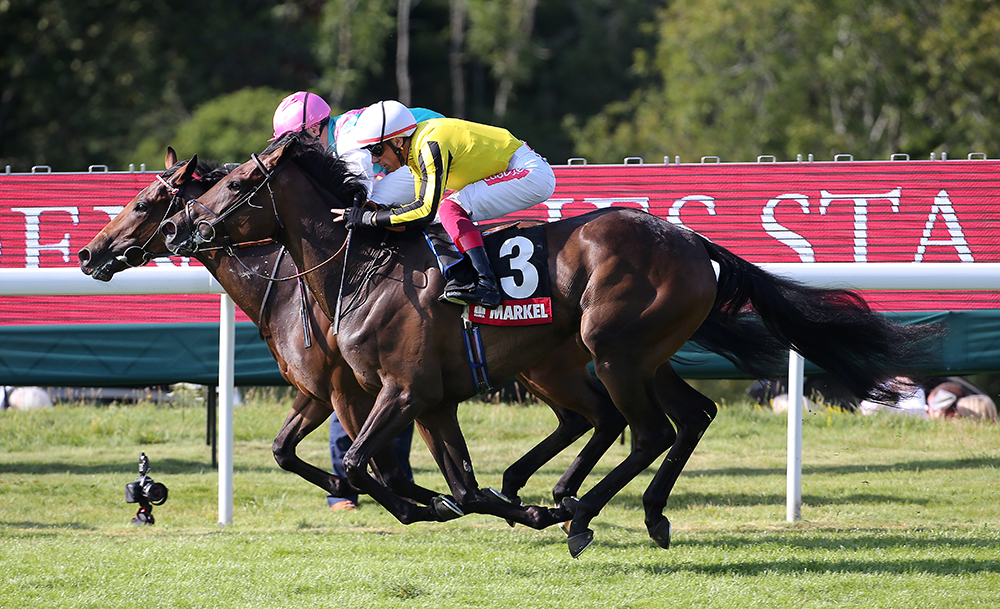 The Golden Horn youngster has finished second on both her outings to date, but it would be harsh to question her attitude in any manner.

She made her debut over seven furlongs at Newmarket in July and found only Charlie Appleby’s Light Blush too good, with the winner going on to finish second in a Listed race.

Sent off favourite next time out at Goodwood, Craylands was making ground on the eventual winner, Vividly, with every stride, but the line came just too soon and she went down by a short head.

Bell steps Craylands up to a mile this time and given her half-brother, Land Of Oz, recently won the Cesarewitch Trial , the distance should not be an issue, although she will have to settle better than she has done to date.

Nevertheless, unless one of the newcomers is way above average, she will surely take some stopping.

Tim Easterby is ending the season in fine form and his Afandem can defy a penalty for winning at Musselburgh on Sunday in the Make The Most Of Racehorse Ownership With ROA Handicap.

He cruised home by four lengths, relishing the cut in the ground, so any more rain at Colwick Park is no worry.

William Haggas has emerged from a relatively quiet spell to boost his strike-rate to back above 30 per cent for the last couple of weeks.

His Qaseeda really caught the eye on debut and she can go one better in the 32Red.

She is a half-sister to stablemate and 2000 Guineas third Skardu, so it was no surprise she found things happening a touch quickly over five furlongs at Sandown.

On meeting the rising ground at the Esher venue, though, she fairly flew home, beaten less than a length by the promising Sand Diego.

Haggas steps her up to six furlongs and Archie Watson’s So Sharp will have to live up to her lofty rating of 91 to concede 7lb.

John Gosden tends to send some of his more promising youngsters to Newcastle and Tsar could be the latest in the Kentechy Derby Novice Stakes.

The son of Kingman looked very green on debut at Newmarket in July, throwing away all chance of victory when walking out of the stalls.

He showed a fair engine to finish fourth of 14, however, and the runner-up won next time before subsequently going close in the Solario Stakes.

Prefontaine looks an exciting recruit to the winter game for Jonjo O’Neill.

He makes his debut over timber in the MansionBet Juvenile Hurdle at Huntingdon having shown a good deal of ability in his time with Roger Varian on the level.

He is not really from a jumping family and being by Mastercraftsman his ability to see out two miles has to be taken on trust, but he has a very good strike-rate with his runners over hurdles.

While he only won once for Varian, in a nursery at Nottingham over 10 furlongs from a mark of 78, he was placed on all three Flat outings this season.

His last two runs behind Durston and then Sir Ron Priestley, who ran a blinder in the St Leger, suggest staying will be his game.

Bannixtown Glory can notch up another win in the SportPesa Mares’ Novices’ Hurdle at Bangor.