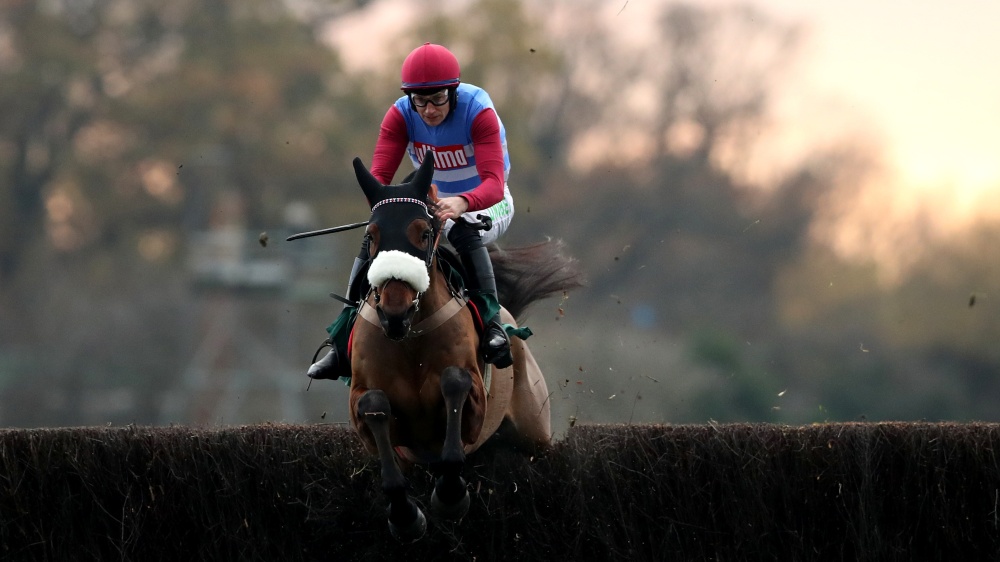 Djingle claimed his second successive victory over fences with a fine front-running display in the Ballymore Irish EBF Novice Chase at Roscommon. Henry de Bromhead’s subsequent Grade One winner Ornua claimed the Grade Three prize 12 months ago – with the high-class Cadmium filling the runner-up spot. The potential star attraction in this year’s renewal was Djingle, who was formerly trained in Britain by Paul Nicholls before being sent to John Queally by owners the McNeill family earlier this year. Having opened his account for his new trainer with a wide-margin win at Listowel almost three weeks ago, the six-year-old was the 4-5 favourite to follow up under Adrian Heskin – and ultimately got the job done in good style. The free-going gelding was soon in front and led his rivals for much of the two-mile journey at a decent pace. Due Reward briefly threatened to make a race of it in the straight, but Djingle asserted his authority after the final obstacle and passed the post with four lengths in hand. “He’s learning and is beginning to cop on to himself,” said Queally. “He had won in France on soft ground, so we were optimistic that he would get through it. “We’ll give him a break now and bring him back, maybe in November. “I don’t know where we’ll go with him now. He likes flat tracks, but I’d say we wouldn’t be going to Punchestown or those places yet anyway, as he’s still learning. “That was a great purse. Max (McNeill) couldn’t get to Listowel, so it was great that he got over today.”