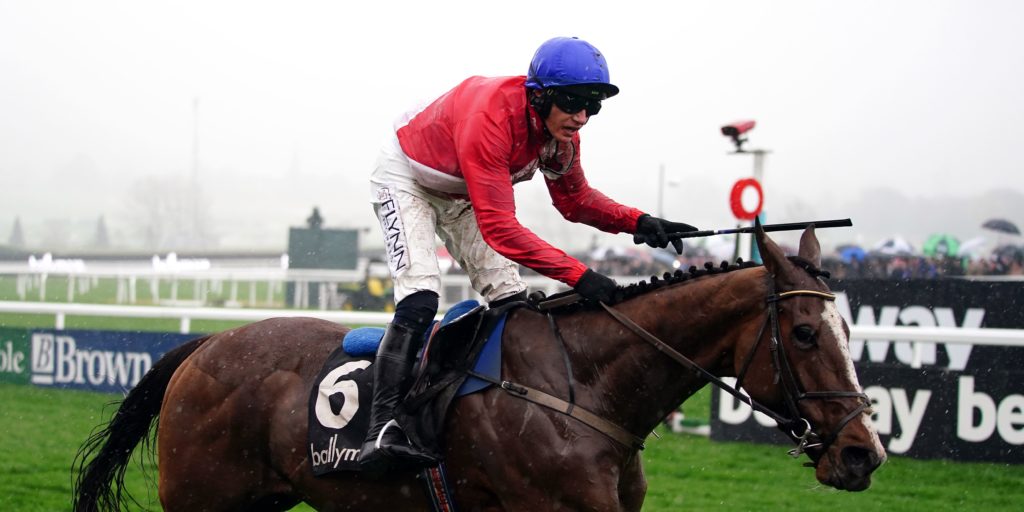 Dual Festival winner back in action for Willie Mullins.

Willie Mullins is looking forward to seeing his dual Cheltenham Festival winner Sir Gerhard belatedly get his novice chase campaign under way on the Thyestes Chase undercard at Gowran Park on Thursday. The Cheveley Park Stud-owned eight-year-old won the Champion Bumper at Prestbury Park in 2021 and returned to the Cotswolds to land the Ballymore Novices’ Hurdle last season. He suffered his first defeat in four hurdles outings at Punchestown in the spring, but was still expected to take high rank over the larger obstacles this season. Having suffered a setback before Christmas, the point-to-point winner starts off over regulation fences later than planned in the Daly Farrell Chartered Accountants Beginners Chase, but will nevertheless be a short price to make a successful return. “He schooled well this morning and I’m looking forward to him running,” Mullins said at Fairyhouse on Wednesday. “It’ll be a big task for him in that ground coming so late in the season against more experienced horses. “If his hurdle rating is anything to go by and if he jumps well, he’s one to look forward to.” Sir Gerhard is set to face four rivals over two miles, with Henry de Bromhead’s Largy Debut bringing decent placed form to the table, having finished third behind Mighty Potter, Minella Crooner and Gentlemansgame in his three chase starts to date. Indiana Jones (Mouse Morris), Battle Of Mirbat (Michael McDonagh) and Natural Ability (Tony Martin) are the other contenders.