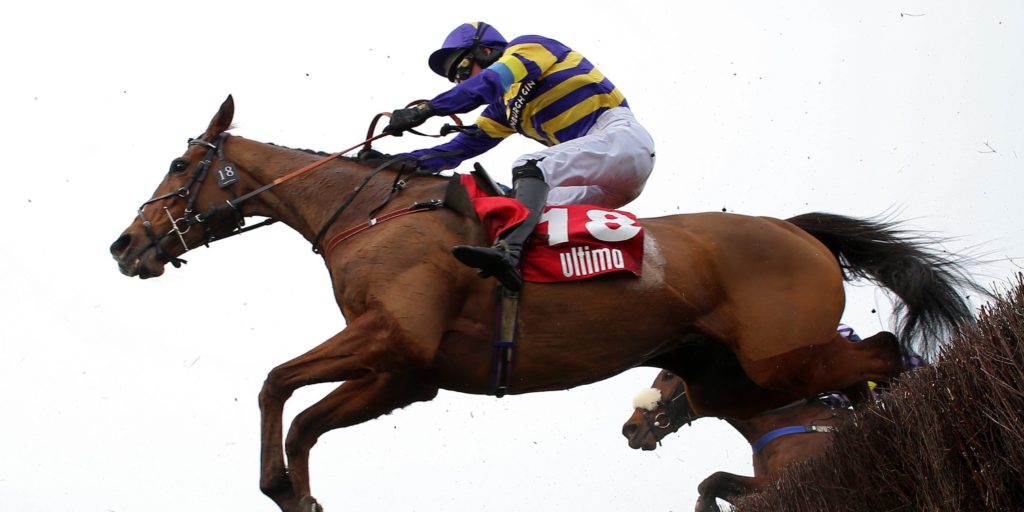 Cheltenham and Kelso on the radar for National hope.

Lucinda Russell is still to decide which route Corach Rambler will take to the Randox Grand National on April 15. Given a peach of a ride from Derek Fox when swooping late to snatch the Ultima Handicap Chase at last year’s Cheltenham Festival, the son of Jeremy was again doing his best work late when finishing fourth in the Coral Gold Cup at Newbury in November – and Russell believes his running style makes him the perfect candidate for the Merseyside marathon she won in 2017 with One For Arthur. The nine-year-old featured amongst the list of entries for the Paddy Power Cotswold Chase at Prestbury Park on Saturday and although still a possible for that race if the stable’s Gold Cup hope Ahoy Senor is rerouted to Newbury, the Kinross handler is tempted to wait until the weights for the Aintree showpiece are finalised before breaking cover. Options include Haydock’s Grand National Trial on February 18 and closer to home in the bet365 Premier Chase at Kelso on March 4 – a race used in the past by the likes of Ballabriggs, Cloth Cap and Many Clouds en route to Aintree. “Corach Rambler is in fantastic form, said Russell. “You know that Scu (Peter Scudamore) rides him all the time and he gets off and says how tired he is. “He’s a lovely horse and he wins through his personality as much as his ability. He’s a horse that loves coming from off the pace in a big handicap as we saw in the Ultima and for that reason we’re quite keen to go to Aintree for the Grand National. “We have to decide how we get there and we have the option of the Grand National Trial at Haydock, we have the option of the Premier Chase at Kelso. “We were going to go to the Fleur De Lys (at Lingfield) but as soon as I saw all the inspections, I pulled the plug on that. “I don’t want him to go up too much in the handicap as I think he’s off quite a nice weight for Aintree, so it’s just a question of how we get him there.” She continued: “He’s in at Cheltenham and there’s probably a question mark on him running there. That said, if the race cut up and Ahoy Senor went to Newbury, it leaves the way open for Corach and although he’s only run there twice, he’s unbeaten round Cheltenham and we know he likes the track. “It could be that we do Cheltenham then Kelso. I would quite like to support the Kelso race and the timing is quite nice with it being five weeks before the Grand National.”