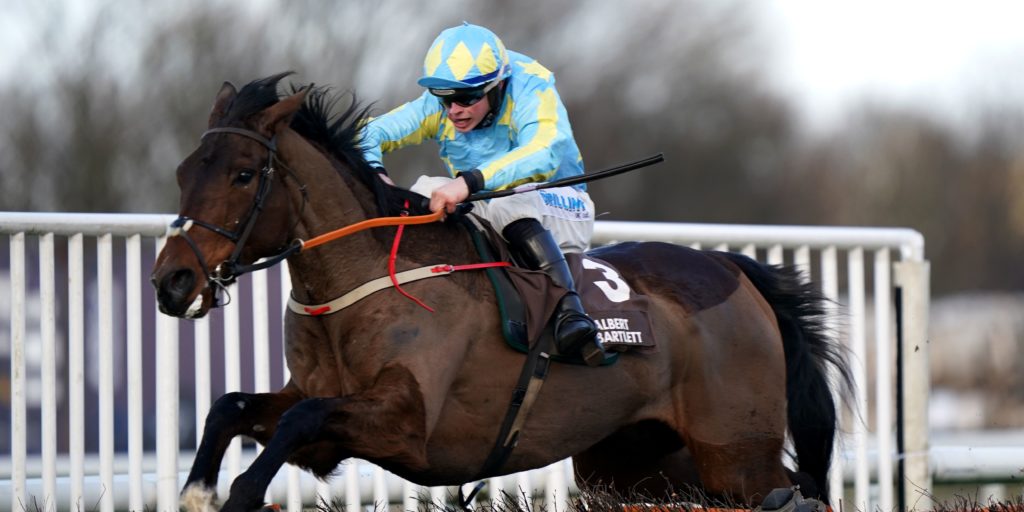 John McConnell’s Mahler Mission has the Cheltenham Festival in his sights after an impressive Navan success. The seven-year-old was a high-quality hurdler and made the transition to chasing this season, starting off at Cheltenham before finishing third in a Punchestown contest on New Year’s Eve. At Navan on Saturday he lined up for a three-mile beginners’ chase and demonstrated his potential when jumping fluently and sauntering to an unchallenged 10-length victory under Ben Harvey. “We were delighted but we weren’t surprised. We thought he’d come forward from his run at Punchestown last time and we rode him a bit more confidently this time and it paid off,” said McConnell. “I suppose it was only a beginners’ chase at the end of the day, so we can’t get too excited or carried away, but it was a good performance. “He jumped very well, he picked up from the back of the third last and he won well. He didn’t have a hard race and we were really happy with him.” The National Hunt Chase, a three-mile-six-furlong affair at the Cheltenham Festival in March, is the likely target now, with McConnell undecided as to whether the gelding will have another outing in the meantime. “I would say we’ll go for the National Hunt Chase at Cheltenham, I think he’s entitled to go,” he said. “I don’t know what mark he’s got yet in the UK, but I’m sure it’ll be high enough. Whether he’ll have a run beforehand, I’m not sure, I’d say that’s it’s probably less than a 50 per cent chance. “He stays very well, the trip won’t be an issue at all. He jumps well, he’s jumped around Cheltenham before so that box is ticked there. He could go for a Grade Two in a couple of weeks here but we’ll see, we’ll bask in the victory a bit longer!”