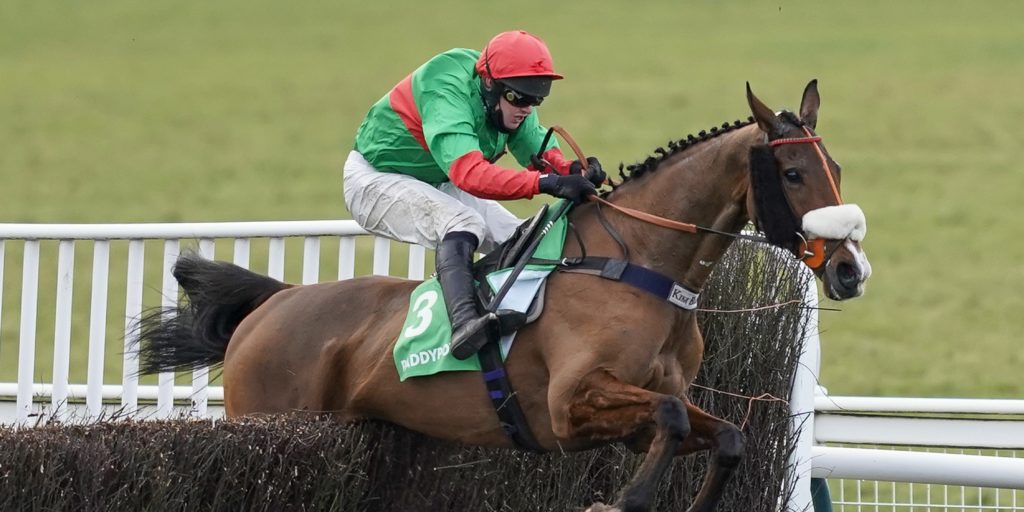 ‘Ascot is definitely in the equation, but the trouble is I have also got First Flow in the race.’

Kim Bailey is facing a puzzle over what to do next with Two For Gold following the abandonment of Lingfield’s Fleur De Lys Chase. The 10-year-old was all set to defend his crown in the Winter Million weekend feature before the race was lost to the recent cold snap, but Bailey now finds himself short of options. Two For Gold followed up last year’s victory at Lingfield by giving Fakir D’oudairies a fright when second in the Betfair Ascot Chase and that contest is in Bailey’s mind once again. However, the Grade One event on February 18 is also the intended target of stablemate First Flow, with the Thorndale Farm handler unsure whether to let both of his star chasers take their chances. “Ascot is definitely in the equation, but the trouble is I have also got First Flow in the race,” said Bailey. “In a perfect world they wouldn’t be meeting, but it’s not a perfect world unfortunately. “This has been First Flow’s intention since the Peterborough Chase so it is a tricky one really, but we can’t do anything about it. “It’s quite difficult because Two For Gold wants soft ground, three miles is his max and he’s quite high in the handicap. There is a handicap at Ascot the same day, but whether that is where he wants to be going, I don’t know. There are few and far between races for him.” Bailey is also pondering his options for crack novice hurdler Chianti Classico, who has racked up three victories on the bounce since tackling obstacles this term. He has been given an entry for the Albert Bartlett at the Cheltenham Festival, but an appearance at Prestbury Park looks unlikely with his handler stating a preference to stick to handicaps off his current mark of 133. “He is having a bit of a break at the moment and comes back into training this weekend.” continued Bailey. “He has an entry at Cheltenham (Albert Bartlett), but I don’t think he’ll take it. “I think he falls in the category of not quite being good enough for Cheltenham and having a rating of 133. It’s a prime case of these early closing races where you make the entry on behalf the owners and it ends up probably being a complete waste of money. “For a horse like him, he probably has to be in there and given the entry, but I don’t think we’ll be going there and he will end up running in a handicap off 133 somewhere instead. “He will run at some point in February, but if he does that he won’t be going to Cheltenham as it takes him around six weeks to get over his races.” He went on: “Now they have brought in the qualification rule where novices have to have four runs, races like the Coral Cup which would have been a potential option are now out of the question. “This year with the dry autumn and then losing so much racing, it has been very hard to try to get four runs into a novice with the view of going to Cheltenham.”