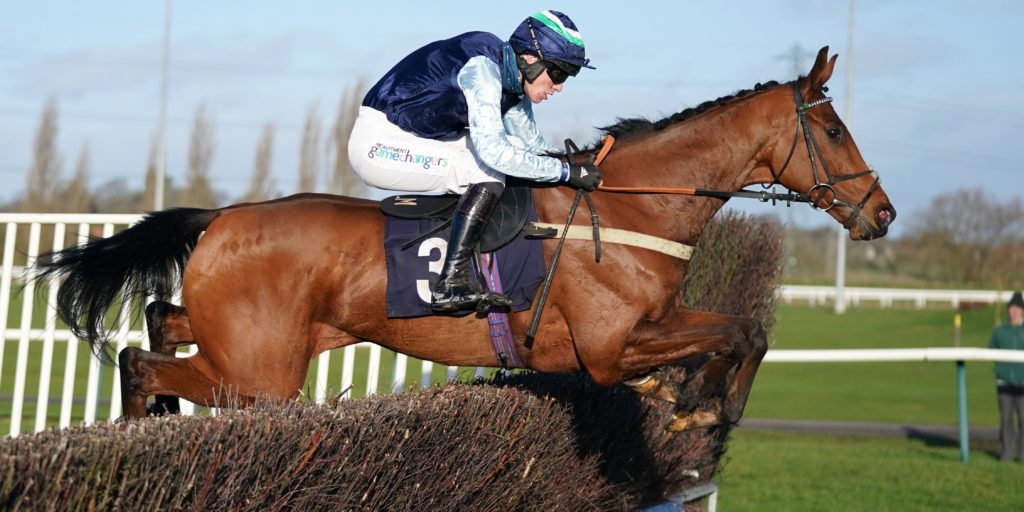 Ben Pauling could consider Aintree in the spring.

Slipway is set to head to Musselburgh for the Edinburgh National in February, where victory could signal a tilt at the Randox Grand National in April. The eight-year-old struck a decisive verdict in the Southern National at Fontwell earlier in the season and was due to contest the Somerset National at Wincanton last week before the meeting was lost to the recent cold snap. He will now be rerouted north of the border where he will have the chance to put his unique blend of speed and stamina to good use around the tight turns of Musselburgh. Victory in that contest would put him on a mark that could secure one of the 40 slots in the Grand National on April 15, with Pauling admitting he would have to give him an entry if he continues on his upwards curve. “He will go up to Musselburgh for their nearly four-mile race – the Edinburgh National,” he said. “He’s a lovely horse and he’s not slow as well – I’m determined to run him over three miles again at some point because he’s got lots of gears. He just stays really well and it just seems to fit that those races are the ones that are available for him. “We are looking forward to getting him out again because it has been a long time between races now. “If he won the Edinburgh National and got a mark that would get him in then I’m sure he would have an entry (for the Grand National), but everything would have to be right on the day because he’s still a young horse and Aintree is not the be all and end all this year.”