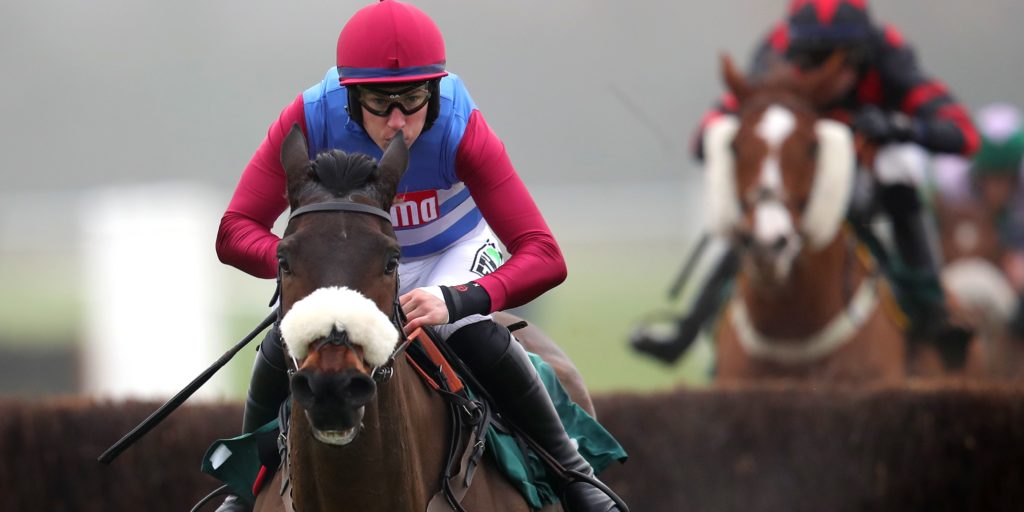 Threeunderthrufive could be the headline act of a busy Christmas period for the McNeill Family when he steps out in either the Howden Silver Cup at Ascot or Coral Welsh Grand National later this month. A four-time winner and dual Grade Two scorer as a novice chaser last season, he was not disgraced when sixth in the Brown Advisory Novices’ Chase at the Cheltenham Festival in his final outing of the campaign. He returned over hurdles at Wetherby which served as a pipe-opener for a tilt at the Coral Gold Cup at Newbury, but the long-time plan ended in disappointment as the Paul Nicholls-trained seven-year-old unseated Adrian Heskin at the first fence. However, he remains on a handy mark of 151 and connections are now considering whether to run at Ascot on December 17, which would potentially feed into a bid for the Classic Chase at Warwick the following month, or to head to Chepstow and put his stamina to the test in their December 27 marathon. “He’s in at Ascot and we have the option of the Welsh National as well and he will run in one of those two races – we just haven’t decided yet,” said Iain Turner, the owner’s racing manager. “We’ve got to weigh up the options – do we go Welsh National or Ascot then on to Warwick for the Classic Chase, which is on the card he won on as a novice last year. It’s all still up in the air a little bit, but we’re just lucky the handicapper didn’t put us up for winning at Newbury – albeit without Adrian on board! “We’ve not really got a definitive plan, but the main thing is he came out of Newbury with not a bother on him. We thought he had a good chance going into Newbury and he’s off the same mark, so you would think he would have a good mark wherever he goes the next day.” Like all promising staying chasers, especially those in the red, blue and white silks of the McNeill Family, the Grand National is always a race that enters the picture. And it seems certain Threeunderthrufive will tackle the famous spruce at some stage of his career, even if April 2023 is a year too soon. “I know after he won at Cheltenham in November last year, Paul (Nicholls) said that in his mind he was a National horse of the future and I think Adrian would be quite keen to have a go on him over the big fences,” Turner continued. “But it is one of those where he’s only one year out of his novice year, so is it too soon? In time I think he will run in a Grand National, but do I think it would be this year? I wouldn’t like to say either way.” Even if Threeunderthrufive ends up at Chepstow for the Welsh National, the leading owners look set to be well represented during Ascot’s two-day meeting on December 16 and 17 with Thunder Rock putting the promise he has shown over fences to the test in the Howden Noel Novices’ Chase, while Tritronic will attempt to win the Betfair Exchange Trophy for a second year in a row. “On the Saturday, the plan is for Tritonic to defend his title and Thunder Rock will go for the graded novice chase on the Friday – I’ve been encouraging Paul to run Monmiral at Cheltenham this weekend,” said Turner. “If one of the bumper horses is ready, one of Thames Water or Inthewaterside will go for the Listed bumper on the Friday, so we should have a few running at Ascot.” Also set for action over the festive period is impressive Wetherby scorer Spartan Army and The Wolf, who will head to Cheltenham on New Year’s Day looking to go one better than his silver medal on the card 12 months ago. He continued: “Spartan Army will probably go to Kempton on December 27 for the introductory hurdle. He schooled once again on the grass yesterday and was great – everyone is happy with him. “On the same day there is the Finale at Chepstow. With two juvenile hurdles on the same day we could end up putting him in that as well, but I think Kempton is the more likely race. “We were very happy with Wetherby and on better ground, I think you might see a bit more from him and he can show himself off. “The Wolf is likely to go to Cheltenham on New Year’s Day for the race he finished second in last year. I’ve just got a feeling, because he gets himself a bit behind and then comes late, I’m not sure the big fields really suit him. “So, what we will do is go to Cheltenham on New Year’s Day and then back up to Musselburgh for the Edinburgh National.”