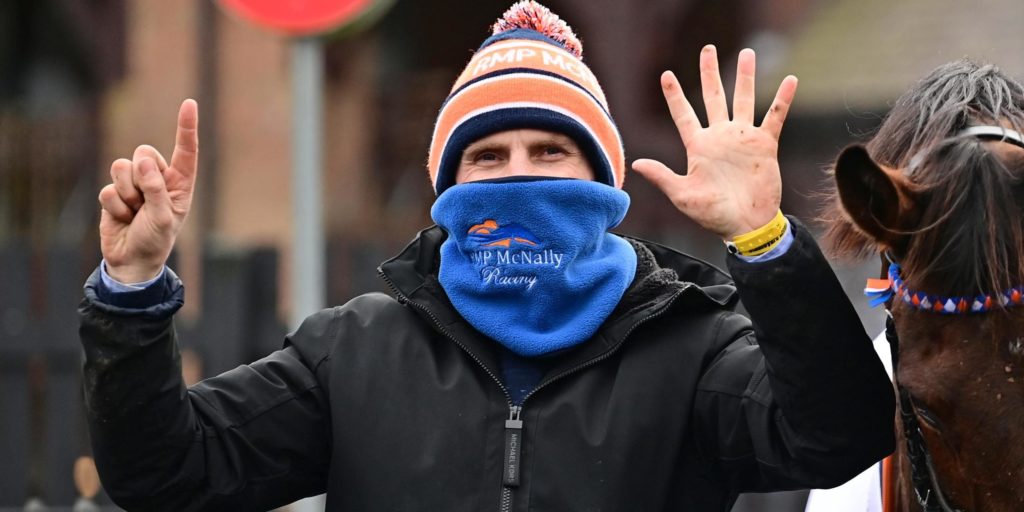 ‘I will almost certainly be appealing the charges.’

Ronan McNally said he was “deeply disappointed and dissatisfied” after the Irish Horseracing Regulatory Board ruled the handler breached a number of regulations, including one charge of running and training his horses in a manner “prejudicial to the integrity, proper conduct and good reputation of horseracing”. The trainer was determined to be at least partially in breach of 10 of 11 alleged rule infringements by an IHRB referrals committee, which considered the case over four days in October. McNally will face a sanctions hearing in due course, but expressed his dismay at the findings and will “almost certainly” appeal. He told the PA news agency: “On legal advice I don’t want to make too much comment at this stage as there is still another hearing in January to attend. However, I am deeply disappointed and dissatisfied with the findings to date. “No penalties are finalised yet and I still have the right to appeal the original charges. “I will almost certainly be appealing the charges. I am very unhappy with the findings.” McNally has enjoyed notable success with Dreal Deal and The Jam Man in recent seasons, with the first-named landing the Grade Two Moscow Flyer Novice Hurdle in 2021 and both notching up sequences of wins from lowly starting marks. However, the pair were mentioned specifically in charges related to using the racecourse as a training ground, as well as not running on their merits, and the IHRB also ruled McNally had passed on “information about the condition and wellbeing of Dreal Deal to allow others to profit from betting on the horse with a betting organisation”. McNally was deemed to have achieved “a pattern of improvement in form of horses at a level previously unfamiliar to experienced and long-serving handicapping officials”. He was also found to have incorrectly lodged ownership details of All Class, Full Noise and Petrol Head – with McNally admitting he was “unaware of the requirement to register the correct ownership details”. Point-to-point handler Ciaran Fennessy and jockeys Darragh O’Keeffe, Eoin O’Brien and Mark Enright were also implicated in the case. Enright and O’Keeffe were found to have failed to make reports on slow starts for Dreal Deal when they rode him in June and July 2020 respectively, but were cleared of all other riding-related charges while O’Brien was found in breach of all four charges, including that he schooled the horse in public. Fennessy was found in breach of the three charges he was facing with the committee deciding he had conspired with McNally and/or others – including Fennessy’s father Liam and brother Aaron – to “engage in a corrupt and fraudulent practice in relation to the passing of inside information for betting purposes and/or concealing the true ability of horses so as to obtain handicap marks not reflective or their ability”. Another trainer, David Dunne, was found to have supplied “misleading information and/or false information to an official at a stewards’ inquiry” at Navan in March 2021 as well as failing to lodge the correct ownership details related to handicap winners All Class, Full Noise and Petrol Head, all of whom ran for him between October 2020 and August 2021. The referrals “adjourned to consider the case in its entirety”, with a sanctions hearing date to be confirmed.