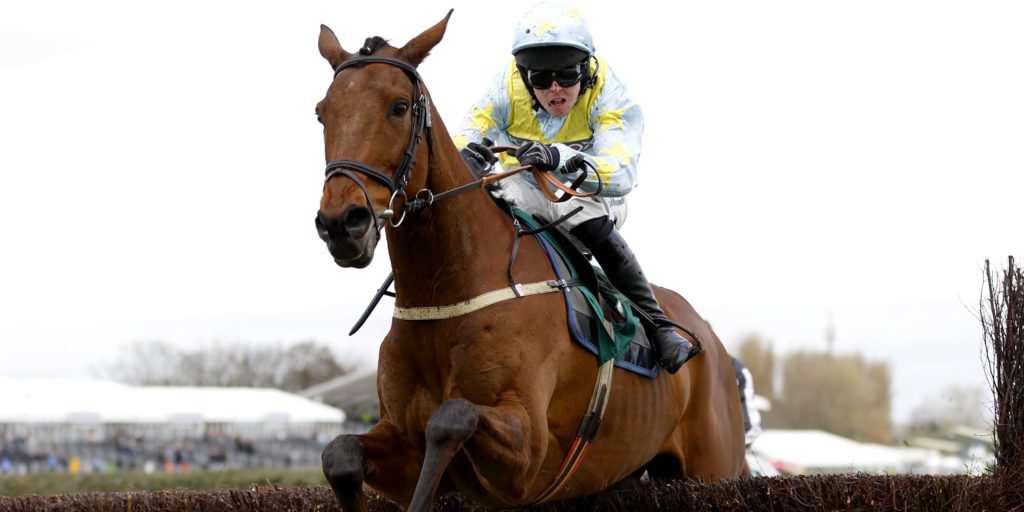 Longer trips on the agenda, with the King George not ruled out.

Alex Hales will step Millers Bank up in trip and has not ruled out the King George VI Chase following his fine runner-up effort at Huntingdon on Sunday. Pic D’Orhy was two lengths too good for the eight-year-old in the Peterborough Chase and while connections are in two minds about sending him to Kempton on Boxing Day, they are keen to run him over three miles in future. A narrow runner-up to the same rival in the Pendil at the Sunbury track in February, Millers Bank gained his revenge in the Grade One Manifesto Novices’ Chase at Aintree in April. However, after a narrow reverse over two and a half miles at Carlisle on his penultimate start and again on Sunday, Hales insisted Kielan Woods’ mount needs further. “He seems absolutely fine and we were very pleased with him, really,” he said. “I just felt he showed what we thought in the back of our mind, that he was ready for a step up to three miles. “On a flat, right-handed track, they were just a bit too quick for him – he was flat out the whole way. “I thought he stayed very well at Carlisle, although we always had the Peterborough as the plan. “His jockey said he ran very well and so while we have now made that decision, it is whether or not we go to the King George. “Kielan is very keen, but we are conscious it is only three weeks away. “The result would not dissuade me, it is just getting the horse back in three weeks’ time. You would have to be led by the horse. “I’m not saying no, I’m just not saying yes. At the end of the day, if we had five weeks to it, I’d say yes, we’d chance our arm, but three weeks is a bit tight.” The Edgcote handler is keen to return to Aintree for the Betfair Bowl in April, yet feels options over three miles for horses rated 150 or more are limited. “Flicking through the programme book and working back from the Bowl, it is a question of what fits in and where you go,” added Hales. “There are not that many options, and all the timings seem a bit lost. We just have to get our heads around it. “I don’t think Kempton is a problem and a flat three miles would be perfect, so it is a tough one. “The original plan was to go to the Peterborough and then the Silviniaco Conti, but that’s obviously two and a half (miles), so that’s out the window. “In January you have got very little. There is the Fleur de Lys at Lingfield (January 23), and it can come up heavy at that time of year. He handles soft, but heavy ground would not be ideal, so we will have to have a look and see how he is before deciding either way.”