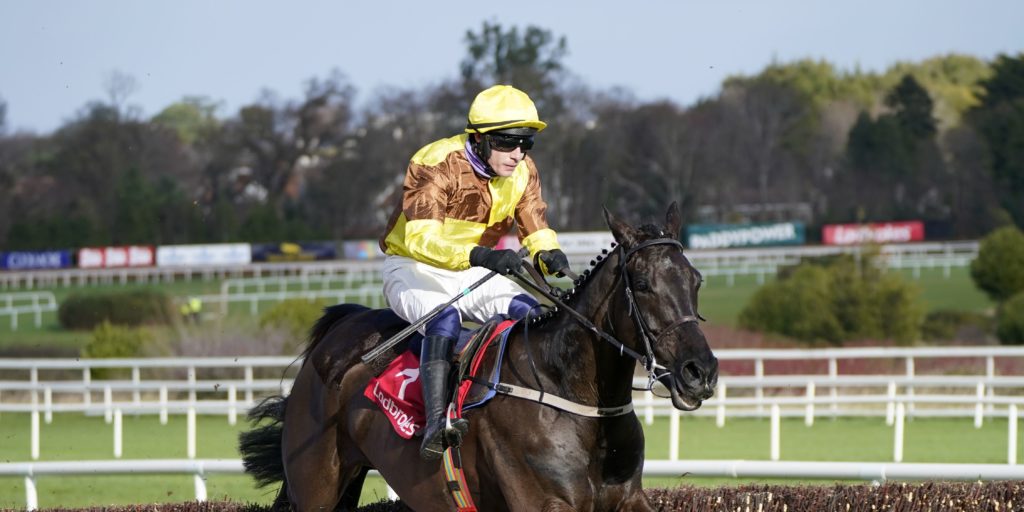 Cheltenham Gold Cup favourite Galopin Des Champs is the star name among eight horses confirmed for the John Durkan Memorial Punchestown Chase on Sunday. The Grade One-winning hurdler was brilliant in winning three times over fences last season and would have been four from four had he not crashed out at the final fence in the Turners’ Novices’ Chase at the Festival in March. He is a best priced 11-4 to provide trainer Willie Mullins with a third Gold Cup success following the back-to-back wins of Al Boum Photo in 2019 and 2020 and will be a short price to enhance those claims in a race the champion trainer has won eight times, including in each of the past four years. Patrick Mullins, assistant to his father, said: “This has been a lucky race for us in the past. “This looks an ideal starting point for Galopin Des Champs and we’ve been very happy with him at home. Hopefully he can continue where he left off last year.” Galopin Des Champs is one of three remaining Mullins-trained contenders along with last season’s National Hunt Chase victor Stattler and Haut En Couleurs, who also has the option of carrying top-weight in the December Gold Cup at Cheltenham on Saturday. “The race is probably a little bit on the short side for Stattler, but options are limited and it will be a nice place to get his season up and running and work forward from there,” Mullins added. “Haut En Couleurs is obviously a good bit wrong at the ratings, but we will take a closer look at the race in the coming days and we’ll see if he runs or not.” Gordon Elliott could call upon one or both of Conflated and Fury Road. Conflated won last season’s Irish Gold Cup at Leopardstown and will be expected to improve from his comeback third in the Ladbrokes Champion Chase at Down Royal, the same day as Fury Road won a Grade Two prize. Joseph O’Brien looks set to saddle four-time Grade One winner Fakir D’oudairies – last seen finishing fifth behind the brilliant Allaho in April’s Punchestown Gold Cup “I’m very pleased with how he has trained this year. He’s taken a little bit longer to get fit than maybe he did last year. He’s a year older so that’s fine,” said O’Brien. “It looks like it’s going to be a very hot race, it’ll be exciting to be involved in a race like what the John Durkan is going to be this year. “He’s been a fantastic horse for us, he’s won a number of Grade Ones and been placed and run very well in a number of them. He’s a star of the yard and hopefully he’s not finished yet.” Mouse Morris could be represented by Paddy Power Gold Cup runner-up French Dynamite, while Vanillier from Gavin Cromwell’s yard completes the acceptors.