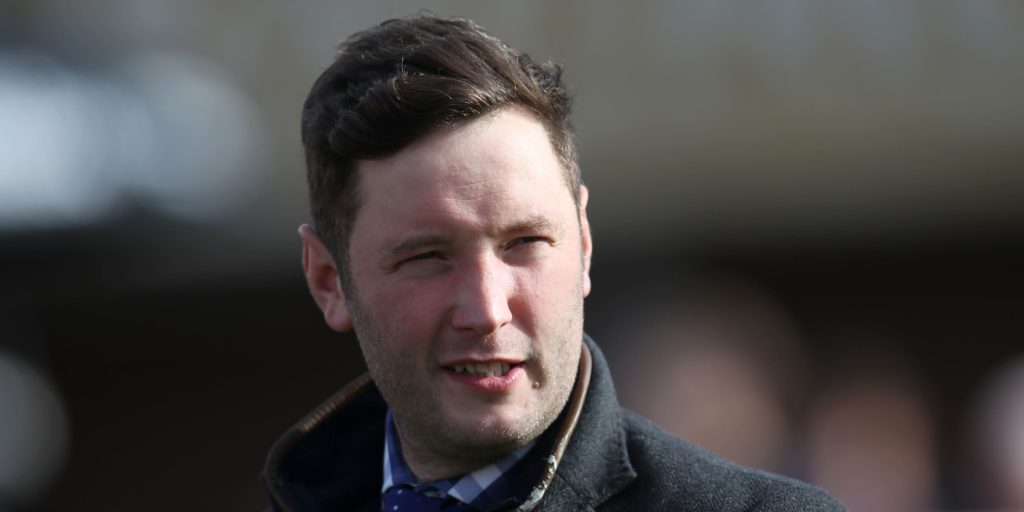 Ryan Potter has plenty to get excited about having seen Jane Du Berlais open her account at Lingfield on Monday. The four-year-old, who was fifth behind the likes of Queens Gamble and Mullenbeg in a Cheltenham bumper on debut, looked set to make a winning switch to hurdling at Uttoxeter last month but slipped up rounding the home turn when travelling strongly in the hands of Callum Bewley. However, she gained compensation in style at Lingfield, producing a taking performance under Daryl Jacob to get the better of the well-regarded 10-11 favourite Bonttay and score at 9-1 in the Sky Sports Racing HD Virgin 535 Mares’ Novices’ Hurdle. “I was really happy with her,” said Potter. “If I’m being completely honest, I expected her to win at Uttoxeter when she slipped up on the bend. Thankfully she was unscathed, and everything happens for a reason and today Lingfield was a little bit softer and a big galloping track suited her, so she’s exciting for the future. “She’ll come on again for it because she put a bit of distance between her and Fergal’s (O’Brien) horse (Bonttay) and then just got a bit lonely in front. It wasn’t that she was tiring or anything, it was just a bit of greenness. I think she’ll improve again and the better the race is, I think the better she’ll run. She’s just got a really relentless gallop.” A chaser in the making and still at the real beginnings of her career, Potter is content to limit her outings this term with the future in mind, although he is positive she could add black type to her CV at some stage. He continued: “She is very big, so she won’t have loads of racing this year and is one we’ll be looking after. “She’ll probably only have another one or two runs, but we’ll be going looking for black type in the future. “I think there is a nice race back at Lingfield (Winter Million Mares’ Novices’ Hurdle, January 20) during the Winter Million weekend so she could wait and go there, and she could even go to Cheltenham depending on the ground – there is the mares’ evening there (in April). “I think she is a mare that will get a bit of black type at some point, but she is a three-mile chaser in the making. To win over two miles is a massive bonus because she is not the quickest in the world, but she jumps and she travels and it is a sign of a good horse if she is going to be a three-miler and can win over two miles.”