No thoughts of retirement just yet for Bristol De Mai 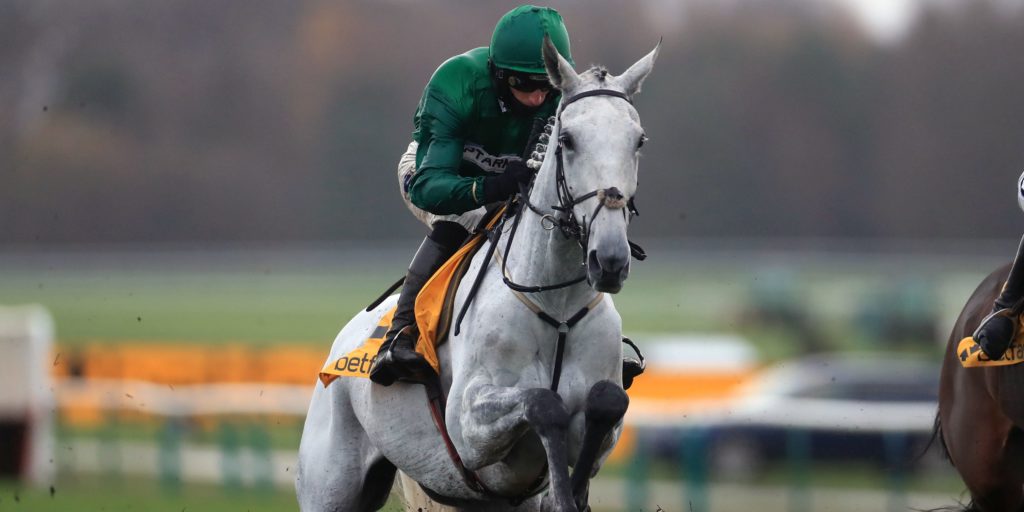 Gallant grey could drop down to handicaps for future engagements.

Ever-popular chaser Bristol De Mai will be kept in training after his bid to win the Betfair Chase for a fourth time at Haydock last weekend. The Nigel Twiston-Davies-trained 10-year-old has won 10 of his 34 chase starts and finished second on another 10 occasions. The consistent grey won the Grand National Trial at Haydock in February and is still showing plenty of enthusiasm, showing up well for a long way on Merseyside before tiring from four out to finish fourth, so connections will keep him in training for the time being. However, Anthony Bromley, racing manager to owners Simon Munir and Isaac Souede, feels a drop in class might be in order following his latest defeat. Bromley said: “He is absolutely fine after the race. Basically, he couldn’t get them out of their comfort zone. “The ground was soft and it was safe, but he probably needs it to be near unraceable to get the others out of their comfort zone, so he couldn’t really stretch them “It was a creditable run, but you’d have liked to have seen him finish off a bit better. “I think we will have to drop a level and into handicaps. The handicapper has dropped him 4lb to 154. He will still be top-weight in a handicap, but we might run him in a handicap and if he is ready to run over Christmas, we might look at something. “Otherwise, we will wait for Haydock in January or February and see where we are there. “I think he has to drop a level, as a level-weights race sees him against younger legs and he is finding that tough. “But it showed he still has got his zest and there is no talk of retirement yet. “He is a fan favourite and rightly so. We will keep going this season as he has taken this in his stride. We are mindful of that if he doesn’t show that zest, we would (retire him). But he is showing it at home and in the race.”