Home News Beau Balko up and running with Hereford victory

Beau Balko up and running with Hereford victory 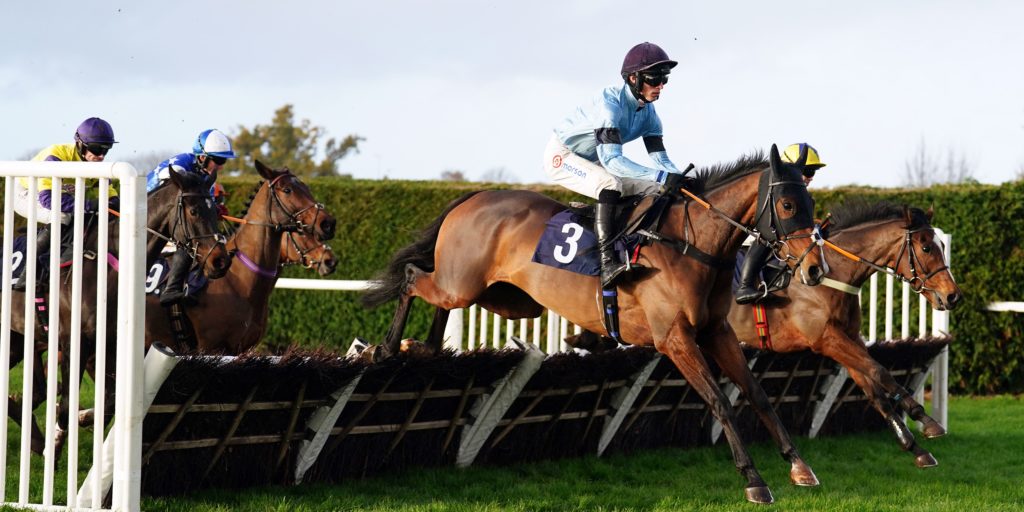 Beau Balko was made to work as he got off the mark on his second British start, but did enough to spark a Paul Nicholls double at Hereford. The four-year-old, sporting a hood, was sent off the 1-2 favourite for the two-mile Hereford Motor Group Novices’ Hurdle with Harry Cobden giving him a positive ride. However, the ex-French gelding only just held off the challenge of Atlanta Brave to score by three-quarters of a length, with the pair well clear of the remainder. Nicholls said: “We can get rid of the hood next time. He was keen when he first came over, but is dead relaxed now. “Harry said next time we will get a lead with him. He is only a four-year-old and only a weak baby. He will probably be a better horse in the spring. “That was a nice little start for him. We will probably go to Taunton or somewhere over Christmas. He needs to mature and grow up a bit.” The champion trainer recorded a brace when Ioupy Collonges powered through the gloom under 7lb claimer Ben Bromley to take the concluding bumper for owners Million In Mind Partnership, run by the jockey’s father, Anthony Bromley. The 5-2 chance was also a narrow winner, seeing off Goonhilly by a neck. “Ben gave him a great ride. He is doing all right. He rides out for us once a week and is based with Harry Fry, so it’s brilliant for him,” said Nicholls. “I said to go the shortest way, and all he does is gallop. He got his second wind and stayed on strongly. He will stay forever, I’d say. He’ll go hurdling now, I should think.” Jockey David Bass was also in double form, partnering the well-supported Theatre Man to an 11-length success in the Hereford Racehorse Ownership Club Novices’ Hurdle for Richard Bandey and followed up with success for Kim Bailey, as Party Fuzz caused an 18-1 shock in the Cultura Connect Agribusiness Recruitment Specialists’ Handicap Chase. Bass said of Theatre Man, who made most of the running to score at odds of 11-4: “He is a very nice horse. I thought he would improve coming back in trip and he relaxed in front and handled the ground well. “I thought he was a bit keen at Stratford over two miles and six (furlongs), he was keen in behind and I had a job to get him to switch off and he jumps very quick. “I just thought bringing him back to two miles three and let him bowl. His jumping is really accurate.”