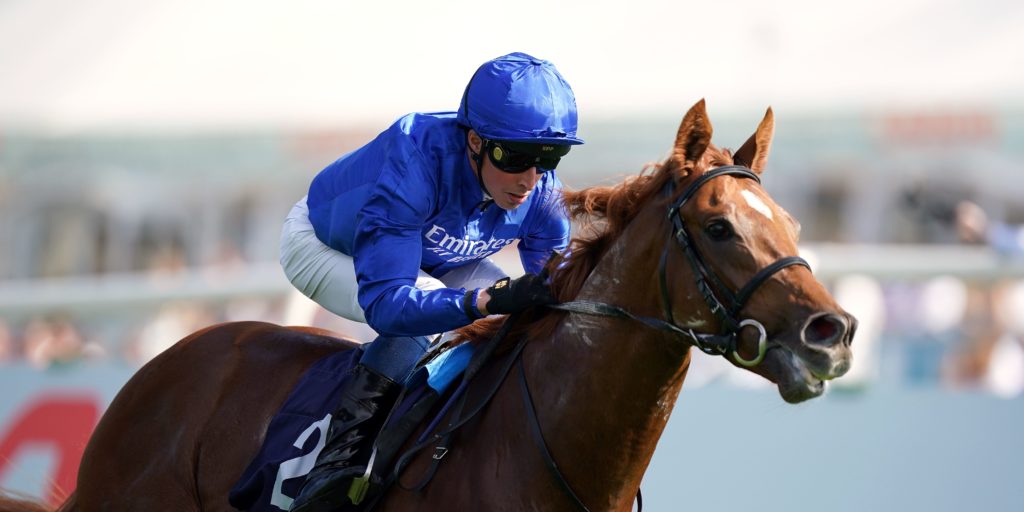 Ascot not ruled out first for French 2000 Guineas winner.

The Breeders’ Cup Mile remains Modern Games’ main target – although the Classic-winning colt could possibly take in the Queen Elizabeth II Stakes at Ascot as well if conditions allow. Charlie Appleby enjoyed plenty of success at the Breeders’ Cup and his Poule d’Essai des Poulains champion was one of three winners for the Moulton Paddocks handler at Del Mar in 2021 when landing the Juvenile Turf. The son of Dubawi again advertised his liking for foreign travel when bolting up by five lengths in the Woodbine Mile most recently and he is now set to spearhead Appleby’s Breeders’ Cup challenge when the two-day championships head to Keeneland in November. “It’s shaping up,” said Appleby on his raiding party for the USA. “The Breeders’ Cup is always something that is on our minds at the start of the season and we like to try to pinpoint an older horse or two-year-old for it. As I’ve always stated I’d rather turn up with one than six – one good one and have a good crack. And this year I feel like we’ve got some live contenders there. “Modern Games in the Mile – he is a deserved favourite as we stand. He’s been there and done it as a juvenile and been over to Canada and done what he has done at Woodbine.” He added on a possible run at Ascot: “If we take in Champions Day then that would be an extra race on the list for him, but perfectly doable. But being perfectly honest our main target is Breeders’ Cup Mile with him. “We’ll sit and toy with the idea of sending Modern Games to the QEII. If it was good to soft the conversation would still be taking place, but there wouldn’t be any certainty to it. If it was soft he wouldn’t be turning up at all. It doesn’t take much to change it, but if you are lucky enough to get a settled week you might end up on some half-sensible ground.” The Godolphin handler has an enviable strike-rate at the end-of-season global event and has won six Breeders’ Cup races from just 11 runners. Three of those victories have come in the Breeders’ Cup Juvenile Turf and he highlighted Silver Knott – who is due to contest Saturday’s Autumn Stakes at Newmarket – as a possible to enhance that fine record. Sirenia Stakes scorer and Middle Park fourth Mischief Magic is another possible for the flight to the USA. He continued: “Silver Knott is a horse I would potentially take to America. Stepping up to a mile I think will suit him, he travels very well. “Mysterious Knight who won in Canada is a horse we’ll contemplate going there with as well, but he’s achieved his Group One status already and, while he hasn’t been busy, he’s had a few runs and is a horse we’ve very much got on our radar for next year. “I will potentially take Mischief Magic to the (Juvenile Turf) Sprint. He ran well in the Middle Park, he ran a solid race drawn out on a wing and he was very impressive at Kempton before that. “You need to turn up at these international events with A – the right horse and B – have all the luck in the world. You’ve got to get a good draw, travel over well and get settled in OK. If he does all that he won’t look out of place in the race.” He is also set to be well-represented in the Breeders’ Cup Turf, won last year by Yibir. “For the Breeders’ Cup Turf we’ve got a nice little collective,” said Appleby. “We’ve already seen what Nations Pride has done In America this season. He’s come back and is a horse we will very much look forward to having on the list. “There is also Rebel’s Romance, who is now four from four and has got the job done in his last two starts at Group One level in Germany. Potentially Adayar as well depending on how he gets on at Champions Day. “If you can walk away from the Breeders’ Cup with one winner it sort of wraps the season up nicely.”