Nostrum and Chaldean give Juddmonte strong hand in Dewhurst 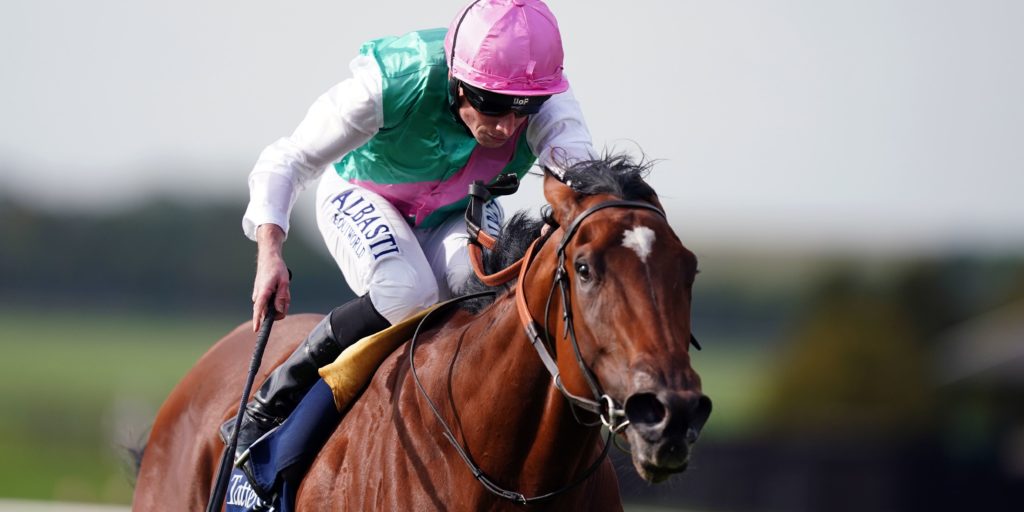 Both juveniles have been impressive to date.

Owners Juddmonte have a strong hand in the Darley Dewhurst Stakes at Newmarket on Saturday with both Chaldean and Nostrum among 12 confirmations for the Group One. Chaldean, trained by Andrew Balding, has won three of his four career starts to date – including the Acomb Stakes at York and the Champagne Stakes at Doncaster. Nostrum, a Kingman colt trained by Sir Michael Stoute, is unbeaten in two, winning the Group Three Tattersalls Stakes most recently. Roger Varian supplemented Sakheer following his easy win in the Mill Reef, with Charyn, who was third in the same race, also entered. Godolphin’s undefeated Naval Power could put his perfect four from four record on the line for trainer Charlie Appleby. Aidan O’Brien has a trio of entrants in Aesop’s Fables, Victoria Road and Auguste Rodin, winner of the Champions Juvenile Stakes at Leopardstown. There is further Irish interest in Michael O’Callaghan’s Indestructible, second twice behind Chaldean at both York and Doncaster. Brian Meehan’s Isaac Shelby, winner of the Superlative Stakes, retains his place alongside Paul and Oliver Cole’s Royal Scotsman and Charlie Fellowes’ Marbaan.