Allmankind will head to Ayr 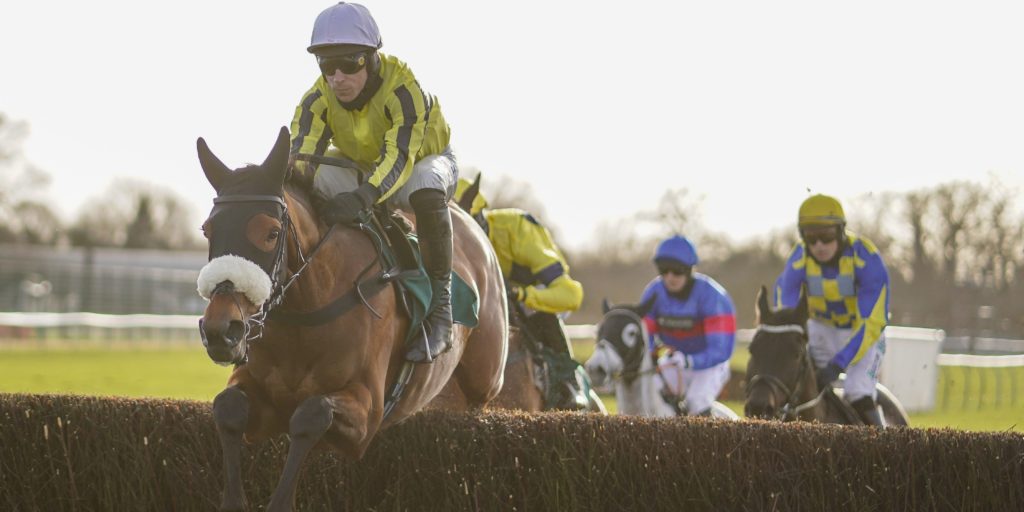 Skelton eyes step up in trip after Arkle defeat.

Allmankind is set to head to Ayr for the Jordan Electrics Ltd Future Champion Novices’ Chase over two and a half miles. Dan Skelton has decided to step the five-year-old up in trip, following his first defeat over fences in the Arkle at Cheltenham. Hassled for the lead throughout by Captain Guinness, his effort had petered out by the home straight as Shishkin breezed to an impressive win. “I think we got put in our place quite unanimously by Shishkin, so I’m going to try him up in trip actually,” Skelton told Racing TV. “I think we might even go to Ayr, over two and a half, and it gives him a little longer (to get over Cheltenham). He did put everything into that race. “We’re not afraid to run him. He’s only a novice once, and that is why we’ll get him out once more.” Skelton endured a frustrating Cheltenham Festival, with several horses placed and none getting closer than Nube Negra in the Champion Chase. “Nube Negra will go for the Celebration Chase at Sandown,” said the Warwickshire trainer. “At the moment that is where he’s going, touch wood.” Another to claim the silver medal at Prestbury Park was stablemate Langer Dan in the Martin Pipe, just five days after he had won the Imperial Cup, but Skelton feels he may have faced a stiff task in any case against the winner Galopin Des Champs. “Langer Dan won’t run again (this season). He ran only five days later, and you’ve got to congratulate him on a good end of his season,” said Skelton. “He bumped into one. I think we’ll be seeing that one in some Grade Ones – he looks very good.”