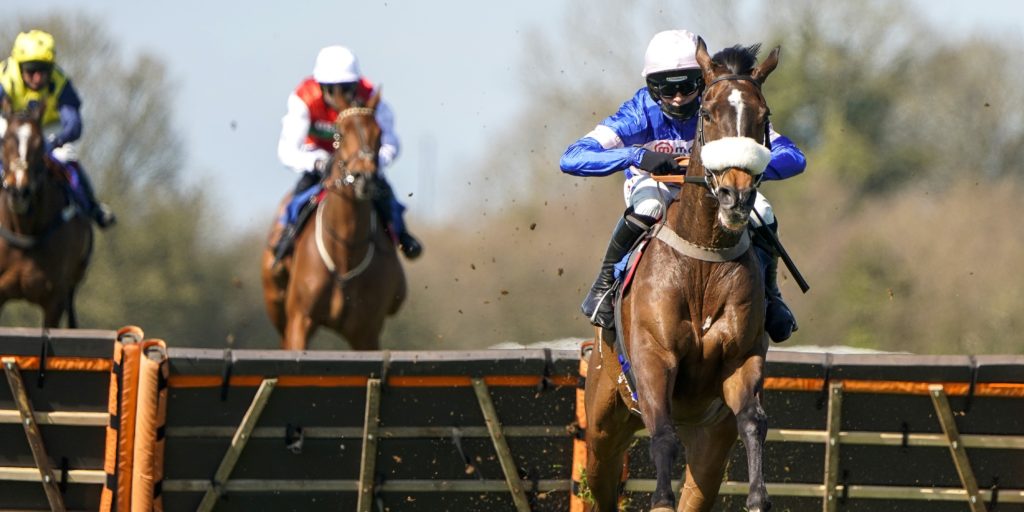 Harry Cobden kept himself in the race for the jockeys’ championship by riding a treble at Wincanton on Monday. The 22-year-old began the day 13 winners behind reigning champion Brian Hughes’ tally of 126 for the season, with Harry Skelton splitting the pair on 120. Skelton made significant inroads with a four-timer at Stratford, where Hughes also got on the scoreboard, while Cobden landed three of the first four races in Somerset – moving him to the 116-winner mark with three and a half weeks of the campaign left to go. He said: “I had four nice rides today and had three winners and a third, so I’m very happy with that.” Cobden teamed up with boss Paul Nicholls for his first two winners, with Confirmation Bias and Danny Kirwan both impressing. Confirmation Bias was the 7-4 favourite for the opening Racing TV Extra ‘National Hunt’ Maiden Hurdle and displayed a willing attitude to see off Gold Link by a length and three-quarters. “It was nice to see him put his head down and gallop right to the line today,” Cobden continued. “It was a good, solid performance and I think he appreciated the better ground.” The Cobden-Nicholls combination hit the mark again an hour later, with 5-4 shot Danny Kirwan making virtually every yard of the running and pulling 14 lengths clear of market rival Beyond The Pale in the Bet At racingtv.com Novices’ Hurdle. Cobden said: “He’s a classy horse and is probably just a bit better than the horses he was up against today on this sort of ground. “He’s a nice, big, imposing type who should be an exciting chaser next year.” The rider completed his hat-trick aboard the Colin Tizzard-trained Kauto The King (3-1) in the Dot Tolson Memorial Handicap Chase. On his chances of landing the jockeys’ championship, Cobden added: “You never know in racing, anything can happen.” There was a shock result in the concluding Visit racingtv.com Amateur Jockeys’ Handicap Hurdle, with Catchin Time scoring at huge odds of 125-1. Ridden by 7lb claimer Peter Summers, the Laura Hurley-trained 13-year-old cruised to victory – his first since February 2017. Summers said: “I’ve been riding for six years now and that’s my first winner. It’s only my second ride under Rules. “It is a really special day for me. He is a lovely little horse.”