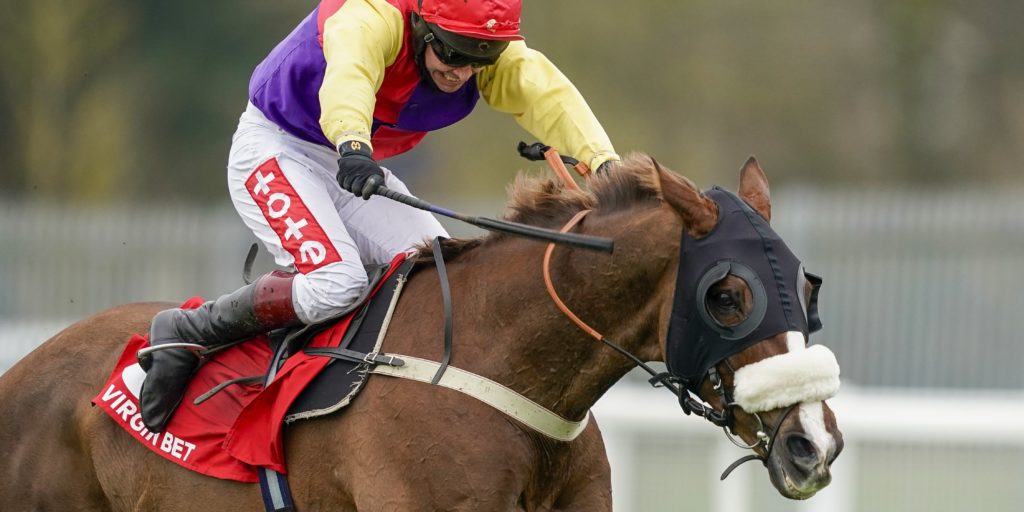 Native River will lead Colin and Joe Tizzard’s team into battle at next week’s Randox Grand National meeting at Aintree. The 2018 Cheltenham Gold Cup hero came up short in his bid to regain his crown at Prestbury Park earlier in the month, but was far from disgraced in finishing fourth – the fourth time he has finished in the first four in the blue riband. The 11-year-old is now set for his first tilt at the Betway Bowl on Thursday week. Joe Tizzard, who will shortly take over the licence from his father Colin, said: “Native River came out of the Gold Cup fine. He knew he’d had a race, but he’s fine now and in full work. “The plan is to take him to Aintree for the Bowl, as long as the ground is all right, which I’m sure it will be. “There’s not a lot of other options for him – he’s not going to go to Punchestown. It will be Aintree and that will be it for the season.” Despite his advancing years, Tizzard expects Native River to return next term, adding: “He’s still the highest rated horse in England and finished the best of the English in the Gold Cup – and he was very impressive the time before that at Sandown. “There’s no reason not to (bring him back next season).” Far more disappointing in the Gold Cup was Native River’s stablemate Lostintranslation, who was pulled up by Robbie Power after never threatening to land a blow. A close-up third in the race last season, the Flemensfirth gelding has failed to rediscover that level of form in four subsequent outings. “We’ve done quite a few tests (since Cheltenham) and nothing really steps out,” said Tizzard. “He’s not going to go to Aintree. There’s an outside chance he might go to the Menorah Chase at Sandown on the last day of the season and drop down in grade a little bit. “We can’t quite put our finger on what the problem is, but it’s not quite happening for him at the moment. “It’s our job to suss it all out.” Native River is set to be joined at Aintree by a handful of stable companions who did perform well in defeat at Cheltenham. Eldorado Allen finished a creditable second behind Shishkin in the Arkle Trophy, while Fiddlerontheroof and The Big Breakaway placed second and third respectively behind the mighty Monkfish in the Brown Advisory Novices’ Chase. Oscar Elite, meanwhile, filled the runner-up spot in the Albert Bartlett Novices’ Hurdle in the Cotswolds. Tizzard added: “Fiddlerontheroof and The Big Breakaway are both Aintree-bound, as is Eldorado Allen, who will probably step up to two and a half miles (for the Manifesto Novices’ Chase). “I think we’re going to have to run Fiddlerontheroof and The Big Breakaway against each other again in the three-mile novice (Mildmay Novices’ Chase). It seems a shame, but they both deserve to be there and that race suits them both. “Oscar Elite will go to Aintree as well for the three-mile novice hurdle on the Friday (Sefton Novices’ Hurdle). “It would be nice to have a winner or two if we can.”