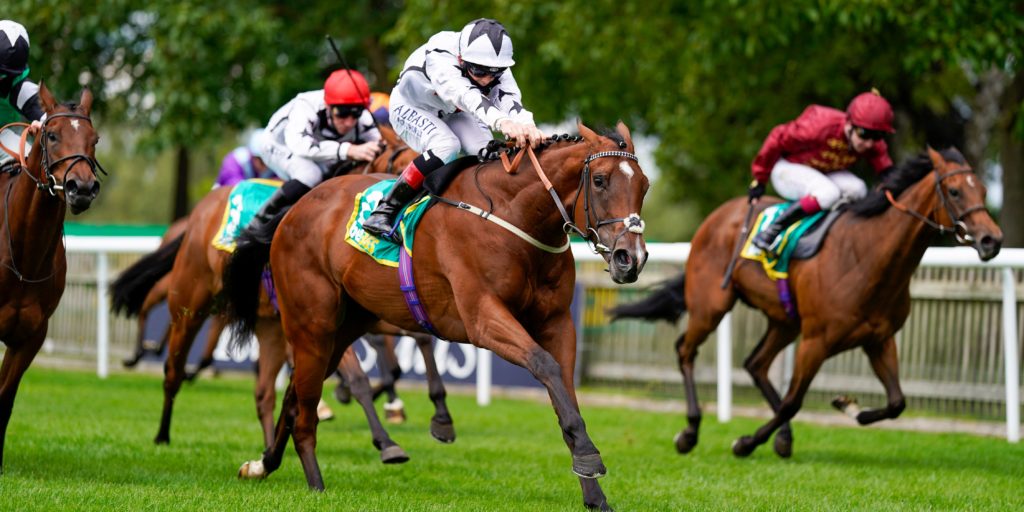 Dandalla is all set to reappear in the Dubai Duty Free Stakes at Newbury on April 17. Karl Burke’s filly was a Royal Ascot winner last season, in the Albany Stakes, and followed up in the Duchess of Cambridge Stakes at Newmarket. While she disappointed when only fifth in the Cheveley Park Stakes on her final outing, Burke has high hopes she will resume winning ways on her reappearance. “She heads for the Fred Darling at Newbury, or what was,” said the Leyburn handler. “That has been the plan for a long time and at the moment she’s bang on course for that. “She’s wintered really well, done everything we’ve asked and I’m very happy with her.” Another top-class filly in the yard is sprinter Lady In France, who was last seen finishing a close fourth in the Prix de l’Abbaye behind Wooded. “Lady In France, we felt, was a bit unlucky to miss out in the Abbaye really,” said “If you run that race 10 times she would probably win it six or seven times, it was just a bit of bad luck. “She likes a bit of soft ground, but we are hopefully taking her to Bath for a Listed race (Whitsbury Manor Stud/British EBF Lansdown Stakes) as a prep run for a race in France, there are a couple of Group Threes we can choose from. “We’ll go to France with her, but she’s very much ground dependant. While she has won on good ground she’s better with a bit of cut. She doesn’t need it heavy, though.”