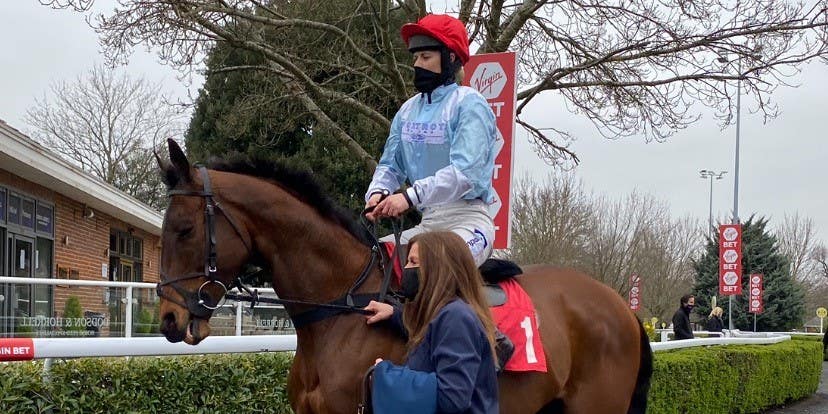 Skelton chaser was the only qualifier for Festival consolation race.

Marracudja secured the easiest GBP 15,640 of his life in the opening Virgin Bet Silver Bowl Handicap Chase at Kempton. The extended two-and-a-half-mile heat was conceived as a consolation race for those balloted out of Cheltenham handicaps, but a reduced number of entries at this year’s Festival meant only Marracudja was eliminated at the meeting. Dan Skelton’s 10-year-old was therefore the horse to qualify for the race, with Bridget Andrews getting the leg up for his required canter down the course. Marracudja had only to walk to the furlong marker and canter back past the winning post to take home the first prize. Andrews said: “I’ve only ever once before been involved in a walkover, which was at Warwick, and it’s a strange situation when you go to the furlong marker and canter back over the line – especially because this horse was very full of himself and he’s not the easiest.” Kempton clerk of the course Barney Clifford added: “Since I started clerking here in 1999, this is only the second walkover. The first was in 2002 – it was a chase on the October Sunday meeting brought about by fast ground.” Marracudja had not secured a first prize since December 2019, when he was an impressive winner of the Castleford Chase at Wetherby, before going on to finish third in the Grade One Clarence House Chase a month later.