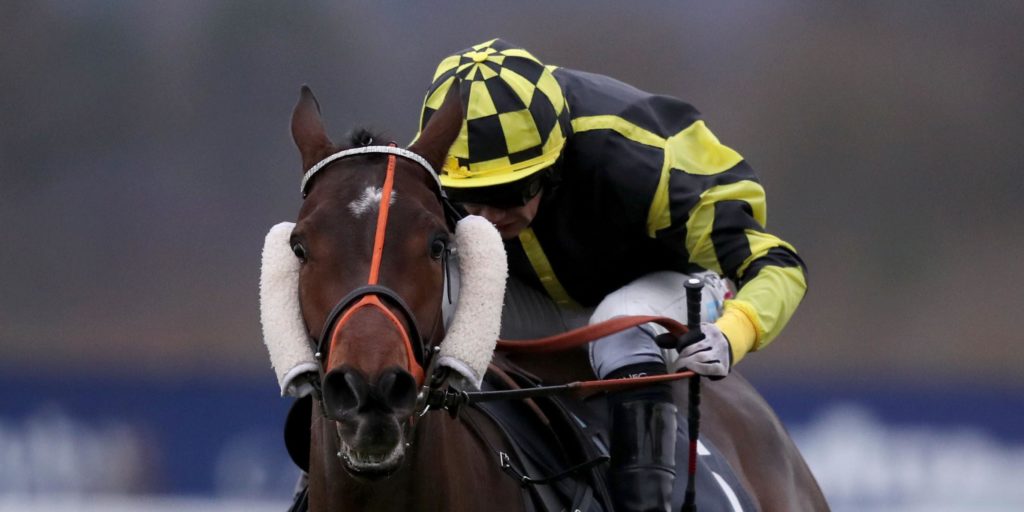 Middleton chose Uttoxeter ahead of Cheltenham for his stable star.

Golan Fortune will bid to vindicate trainer Phil Middleton’s judgement in the Marston’s 61 Deep Midlands Grand National. Buckinghamshire trainer Middleton rerouted the durable nine-year-old to Uttoxeter after deciding against an engagement in the National Hunt Challenge Cup Novices’ Chase at Cheltenham this week. Run over a trip of four and a quarter miles, Saturday’s marathon offers an alternative to next month’s Grand National at Aintree – a race for which Golan Fortune holds an entry but may not make the final field of 40. “I entered him for Cheltenham and I changed my mind and thought this was the race for him, so I cancelled his Cheltenham engagement so I wouldn’t get tempted,” said Middleton. “He’s absolutely buzzing at home – I think he’s the best I’ve had him all season. “I’m pretty sure he’ll get the trip. He jumps well, (and) I really, really fancy him – he’ll run a massive race.” Middleton has not abandoned all hope either that Golan Fortune may yet be granted a run at Aintree. “The plan all along was to go to the Grand National,” he added. “I’ve always thought he was a Grand National horse – but rated 142, he’s about a 4-1 shot to get in. “There’s nine on 142 – and if he got to the top of the pecking order on 142 he might just scrape in. If he won the Midlands National he would be at the top of that pecking order. “It’s a nice race to win and I could not be more pleased with him.” Golan Fortune was last seen finishing fourth when reverting to hurdles at Kempton last month, after a spell over fences which included one victory and some very creditable performances in high-calibre contests. Winning his first chase at Ludlow in December, he was swiftly upgraded to top-flight company in Kempton’s Grade One Kauto Star Novices’ Chase. He finished fourth there behind Dan Skelton’s Shan Blue, as the 40-1 outsider of the field, and went on to be third of three but beaten under seven lengths in the Hampton Novices’ Chase at Warwick. The form of both races was boosted in Wednesday’s Brown Advisory Novices’ Chase at Cheltenham, with Warwick runner-up Fiddlerontheroof finishing second behind Monkfish and in third The Big Breakaway – who was four and a quarter lengths ahead of Golan Fortune in the Kauto Star. “He was only beaten about six lengths in the Kauto Star when Kielan (Woods, jockey) fired him at the last,” said Middleton. “I think he made a bit too much use of him there, or we’d have finished close to The Big Breakaway, and I’m sure we’d have beaten Fiddlerontheroof at Warwick if he hadn’t made a howler at the third-last. “I think it’s a hell of a boost.” Among Golan Fortune’s weekend rivals is Lucinda Russell’s Mighty Thunder a proven winner over a long-distance trip after triumphing in the Edinburgh National at Musselburgh. Victorious by 20 lengths on that occasion, the eight-year-old turns his attention to the Uttoxeter prize after sidestepping the Fulke Walwyn Kim Muir at Cheltenham to take on this extreme trip. “We had the option of here or Cheltenham, but I think the four miles should should suit him,” said Russell. “He’s been in very good form since Musselburgh. I think the distance is right, and the flat track at Uttoxeter will help.” Mighty Thunder has run four times over fences and won three, his only chasing defeat coming when he was a distant sixth at Kelso in December. “He’s a funny horse because there’s three completed starts he’s won over fences, but equally he’s thrown in a real shocker at Kelso when he seemed to sulk,” added Russell. “He’s got a bit of brain there and he’s a smart chap, but I think that over four miles he loves it because he’s not under so much pressure. “Although he’s a novice, I think it’s worthwhile giving him the chance.” Russell is sure the forecast soft ground will suit her charge after his recent performances in similar conditions. “As a hurdler we always felt he needed it to be good or good to soft, yet he’s actually won on heavy ground round Hexham,” she said. “They’re still calling it soft at the moment, and that’s just perfect.” Also due to line up in the race is last year’s hero Truckers Lodge, with Paul Nicholls also represented by 13-2 chance Highland Hunter. Jonjo O’Neill’s Time To Get Up heads the market, while Nick Williams’ Coo Star Sivola and Venetia Williams’ Achille are also both prominent – and Nicky Martin’s regular marathon contender The Two Amigos is back for more, over the longest trip he has yet faced.