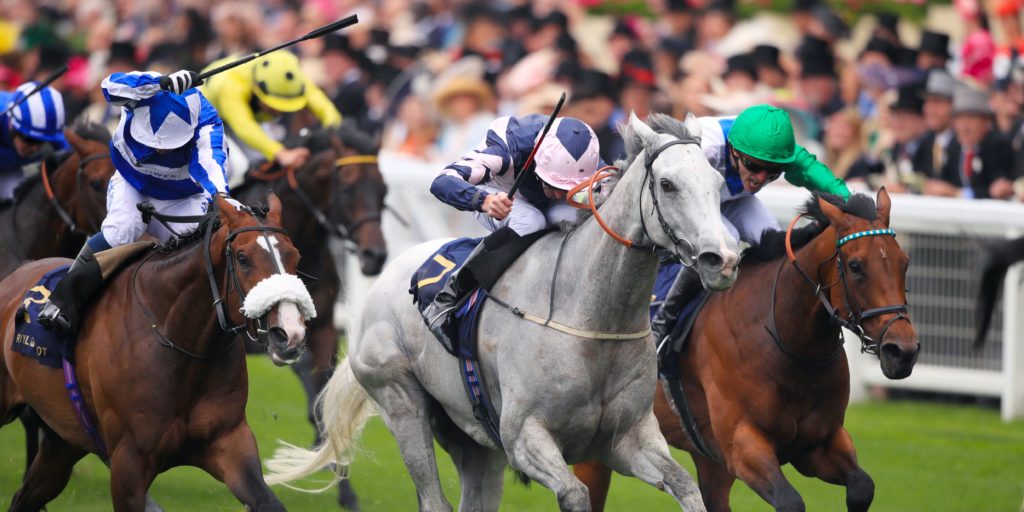 Group One glory in Dubai for David O’Meara stalwart.

David O’Meara hailed Lord Glitters “the horse of a lifetime” after he finished with a flourish to claim victory in the Jebel Hatta at Meydan. Almost two years on from his surprise success in the Queen Anne Stakes at Royal Ascot, O’Meara’s stable stalwart was a 9-4 chance to double his top-level tally in the first of two Group One prizes up for grabs on ‘Super Saturday’ in Dubai. Winner of the Group Two Singspiel Stakes over the course and distance in January, before finishing third in the Al Rashidiya last month, Lord Glitters was given a patient ride by Danny Tudhope – and looked booked for minor honours at best turning for home. However, just when it seemed Eqtiraan might spring a 40-1 shock after seeing off the challenge of odds-on favourite Al Suhail, Lord Glitters could be spotted powering home and got up in the closing strides to win the day. “I’m absolutely over the moon,” said North Yorkshire-based O’Meara. “To win a Group One as an eight-year-old – he’s been an unbelievable horse for us. He’s the horse a lifetime, really. “They haven’t gone very quick and he’s been wide throughout. He took a while to get going, but won well in the end.” Lord Glitters carries the colours of the late Geoff Turnbull and his wife Sandra. O’Meara added: “It’s great for the Turnbull family. Geoff’s son runs the job now and I’m sure Geoff will be looking down very pleased. “The horse is having a great year with two wins and a third. Matt Ennis is out there with him and is doing a great job.” Lord Glitters finished a close third behind Japanese mare Almond Eye in the Dubai Turf in 2019. Asked if he would have a second tilt at the World Cup night prize later this month, O’Meara said: “Why not? It’s huge money, so absolutely. “He was third in the race two years ago. Fillies finished first, second and fourth and he was giving them all 5lb and was only beaten a length and three-quarters.”