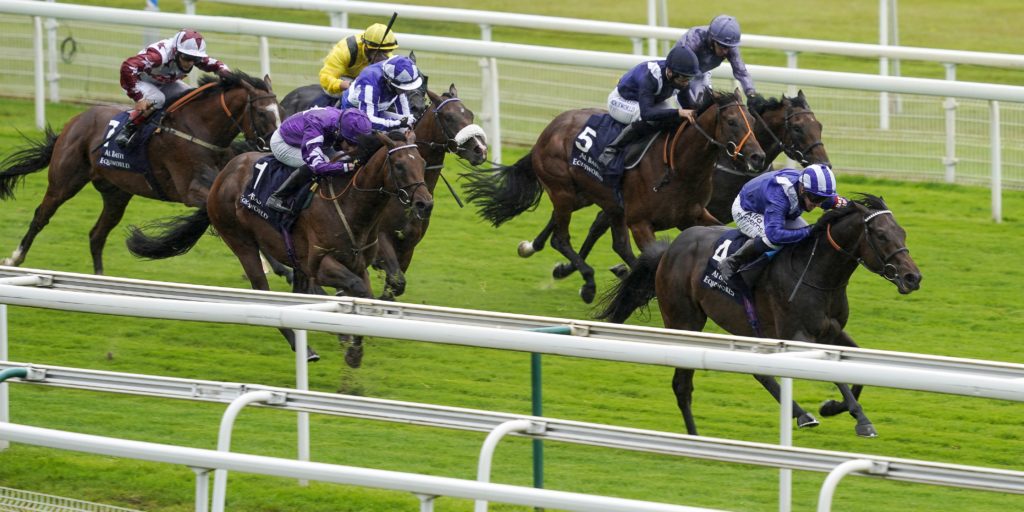 Commonwealth Cup contender Minzaal will miss the first part of the season after having surgery on a leg injury. The Gimcrack Stakes winner sustained the damage in his box and is currently recuperating at his owner Sheikh Hamdan Al Maktoum’s Shadwell Stud. Trainer Owen Burrows is optimistic Minzaal will be back in action this season – but it could be a race against time to get him ready for his Group One objective over six furlongs at Royal Ascot. “Unfortunately Minzaal injured himself in his box before Christmas,” said the Lambourn handler. “He’s had to have surgery and he’s back at Shadwell at the moment recuperating. “Whether or not he’ll make Ascot will be just determined on how he progresses now. It’s a shame. “He must have banged a hind leg and has had a couple of chips removed off his hocks. “Obviously the Commonwealth Cup was the plan. There’s still a small chance. God willing, we’ll have him back at some stage this year.” Minzaal was third in the Group One Middle Park Stakes at Newmarket on his final start last term. Burrows is looking forward to Hukum’s four-year-old campaign, after the colt gave him a first Royal Ascot winner when landing the King George V Handicap on just his third start last summer. Hukum went on to prove himself in Pattern company, winning the Group Three Geoffrey Freer Stakes at Newbury and finishing a creditable fifth in the St Leger at Doncaster on his latest outing. “He’s back with me and looks to have done well over the winter. He’s an exciting horse for us all,” he said. “I have plans in my head, but nothing concrete as such yet.”