Lostintranslation back ‘in good nick’ for Gold Cup prep run 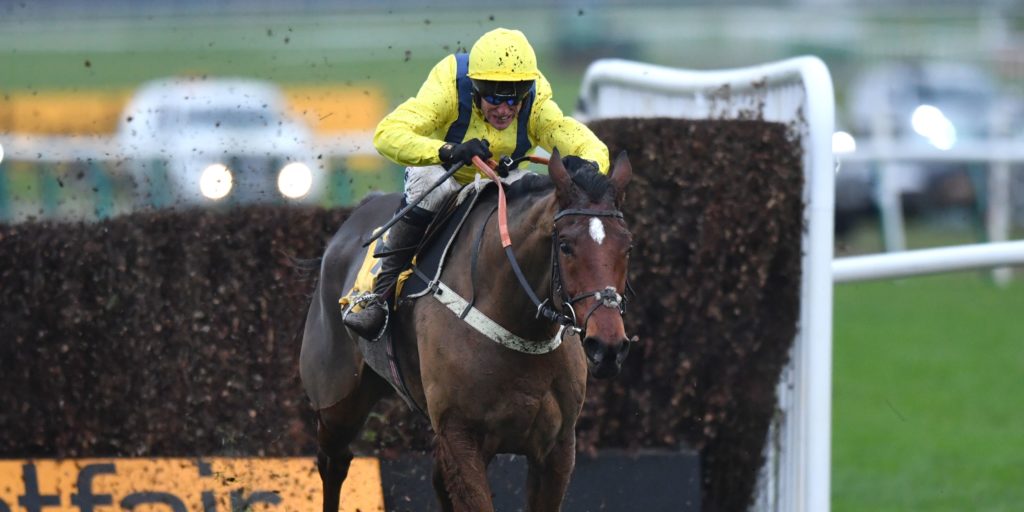 Tizzard star will head to either Newbury or Ascot this month.

Lostintranslation is back in full health and on course for another run before bidding again to win the Magners Cheltenham Gold Cup next month. Colin Tizzard’s nine-year-old was third in the Festival showpiece last season but has run poorly in his two appearances this term, and was found to have burst a blood vessel when pulled up in the King George VI Chase on Boxing Day. Tizzard’s son and assistant Joe reports, however, that the dual Grade One winner has recovered well and will run this month – either in Newbury’s Denman Chase or the Ascot Chase. Speaking after the yard’s first winner since December, in the opening race at Wincanton, Tizzard said: “In the last couple of weeks the horses have been performing to their standard without winning, so it’s nice to get one on the board with Rose Of Arcadia today.” Lostintranslation is among a number of horses who have performed below expectations for the yard this season. Tizzard added: “We found a couple of things wrong with them – something that was going round in the air, and their mineral levels weren’t quite right – but I do think we are heading in the right direction. “Hopefully, this is the start of better things for us. “Lostintranslation had a little bleed in the King George but is in good nick now. He will go for the Denman Chase, all being well – and if we think the ground isn’t suitable, then we would wait for the trial at Ascot.” Native River, hero of the 2018 Cheltenham Gold Cup, will run in Saturday’s rescheduled Cotswold Chase at Sandown – while The Big Breakaway will be in action the same day in Wetherby’s William Hill Towton Novices’ Chase, as long as that race is given the go-ahead after an inspection of the course on Friday morning. “Native River is all set for Sandown,” said Tizzard. “He’s in lovely form, and I don’t see why the track won’t suit him. “It’s fantastic that we’re looking at running because Newbury (the Denman Chase) would have been closer to the Gold Cup than ideal. “The Big Breakaway has, I feel, learned a lot from his run at Kempton (second in the Kauto Star Novices’ Chase) and has come out of it well. “He certainly had to show he could jump, and we’ve declared him for Wetherby on Saturday.” Should Wetherby’s chases fall to the weather, however, the Tizzards have a contingency in place. “In that case, he would divert to the Reynoldstown Chase at Ascot in two weeks,” he added. “We would like to give him another (run) ahead of the Festival.”