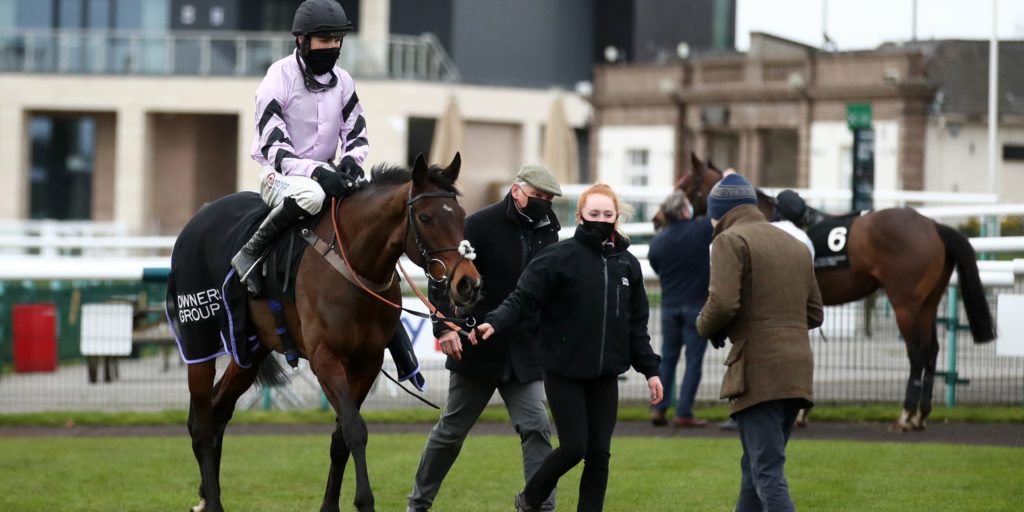 Miranda enjoyed returning to a galloping track to take the Grade Two honours in the Irish Thoroughbred Marketing Yorkshire Rose Mares’ Hurdle at Doncaster. Only fourth on a sharper track at Musselburgh, the Paul Nicholls-trained six-year-old was much more at home on Town Moor’s wide-open spaces and put that to good effect to see off the opposition in style. The early pace was set by Sopat until Nico De Boinville made his move at the top of the straight on Floressa to ensure a decent end-of-race test. However, Miranda (3-1) was soon in his slipstream and, leading approaching the final flight, she stuck to her task well to score by four and a quarter lengths from Floressa in the hands of Harry Cobden. The pair drew 18 lengths clear of the staying-on Marie’s Rock in third place. “She’s been a consistent mare and obviously the weights there were quite favourable,” said Nicholls’ assistant Harry Derham. “Last time we thought she was just flat out round Musselburgh, but today a big, galloping track and slower ground suited her absolutely perfectly. She’s done it really nicely. “It’s important for those nice mares to get some black type and a Grade Two win like that is great for her. And it’s fantastic for the Owners Group.” Miranda could run next in the Betway Kingwell Hurdle at Wincanton on February 20. “If the ground is soft, we might run her in the Kingwell Hurdle,” said Derham. Whether Miranda will run at the Cheltenham Festival is up in the air. “Whether or not she’ll go the Festival, I’m not sure,” he added.