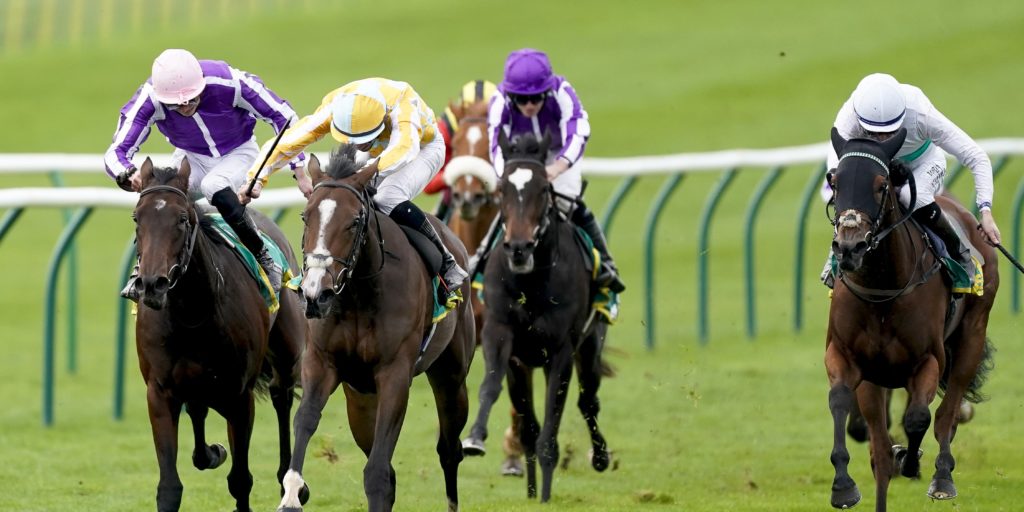 Runners were saddled incorrectly at Newmarket.

Aidan O’Brien was given a GBP 4,000 fine following a hearing into the confusion which surrounded his runners in last year’s bet365 Fillies’ Mile. The Ballydoyle handler was doubly represented in the Newmarket Group One in October, and it was initially thought his 50-1 shot Snowfall had finished a close-up third in the hands of James Doyle, with stablemate Mother Earth eighth of the 10 runners under William Buick. However, posts on social media soon questioned the outcome – and it became evident the horse that had passed the post in third was in fact 18-1 chance Mother Earth, the darker of the two fillies, with the lighter Snowfall back in the field. While Doyle was correctly sporting the pink cap and the number nine saddle cloth assigned to Snowfall, he was in fact riding Mother Earth. O’Brien was not at Newmarket – and on viewing a recording of the race he immediately contacted the British Horseracing Authority to alert them to the mistake and that his on-course staff, based in Britain as a result of the coronavirus pandemic, had saddled the horses incorrectly. The BHA later amended the result, with Mother Earth placed third and Snowfall eighth. O’Brien – who was quick to apologise for the incident – was handed his fine following an independent disciplinary panel hearing on Thursday, while the ruling body confirmed it was taking steps to try to prevent a similar situation arising in the future. A BHA spokesperson said: “Since the incident at Newmarket, additional ID checks have been in place at major Flat fixtures to minimize the risk of a reoccurrence. “A longer-term piece of work has been ongoing since October to look at the additional resource, technology and funding required to implement a further ID check once horses are saddled. “It is particularly challenging in the current environment due to the additional resourcing requirements that the BHA’s Covid-19 protocols already place upon staffing levels, but additional checks are being carried out on a discretionary basis. “We will continue the work looking at the feasibility of implementing an additional check following saddling permanently and communicate any changes to participants and the public as necessary.”