Wetherby plans for The Big Breakaway 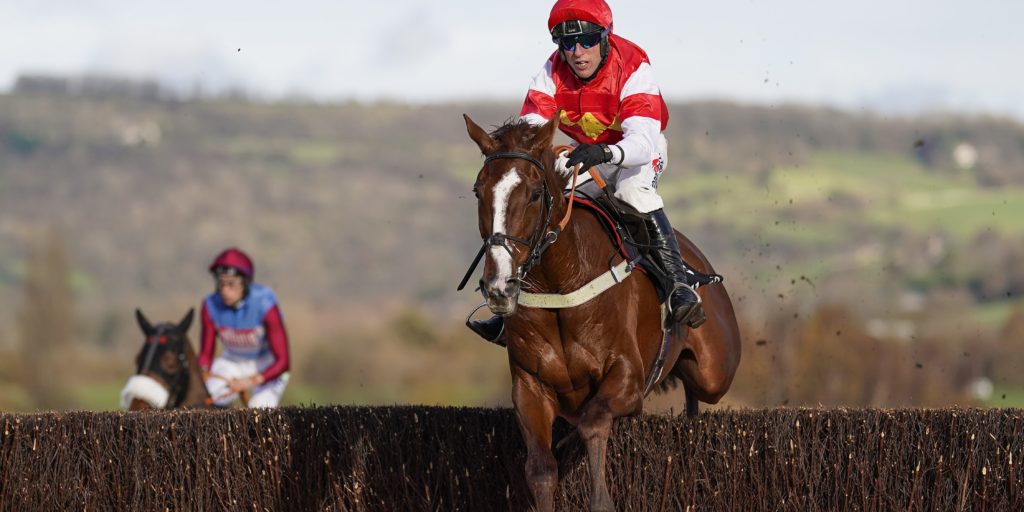 Towton on the radar for Kauto Star runner-up.

The Big Breakaway will continue his preparations for a return to the Cheltenham Festival in the William Hill Towton Novices’ Chase at Wetherby. Connections of the Colin Tizzard-trained six-year-old, who finished fourth in the Ballymore Novices’ Hurdle at last year’s Festival, have earmarked the three-mile Grade Two contest on February 6 as his next target. After making a winning debut over fences at Cheltenham, The Big Breakaway suffered an odds-on defeat at Exeter, before filling the runner-up spot in the Grade One Kauto Star Novices’ Chase at Kempton on Boxing Day. Assistant trainer Joe Tizzard said: “The plan at the moment is to take The Big Breakaway to Wetherby next month for the Towton. “He has only had three runs over fences and this is a Grade Two which is quite good timing-wise before the Festival. “We can’t drop him back and do what we did at Exeter as we have got to take him to a decent enough race where he will get a tow along.” Dual Grade One winner Reserve Tank, who has not been sighted since pulling up in the Marsh Novices’ Chase at the Festival in March, could revert back to hurdles on his return from injury. Tizzard said: “He got a leg injury after Cheltenham and we are hoping to get a prep run in before going back to the Festival. “He has been in the whole way through, but he is now in full training. With an injury like he had it just needed time. “He might run in a Pertemps qualifier at Huntingdon in the middle of February, but we will just see where we are with him.” While a second outing at the Festival remains on the agenda for Reserve Tank, he could sidestep the meeting if he is not ready in time. Tizzard added: “We are hopeful of having a nice spring campaign. We have just got to do what is right for the horse as he has had this injury. “If he doesn’t make Cheltenham we could wait to Aintree, as we know he has good form there.”