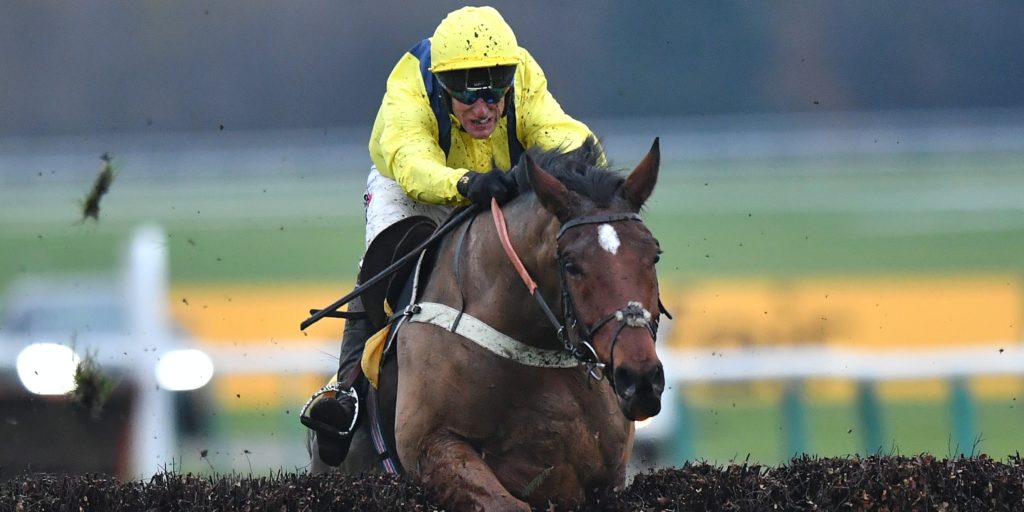 Lostintranslation will be eased in class in a bid to get his career back on track as connections earmarked the Denman Chase at Newbury as his next target. Last season’s Cheltenham Gold Cup third is to be aimed at the three-mile Grade Two prize on February 13, after failing to fire in two starts at the highest level this campaign. The Colin Tizzard-trained eight-year-old pulled up for the second year running in the King George VI Chase at Kempton on Boxing Day, having previously finished a distant third in the Betfair Chase at Haydock on his return this season. Joe Tizzard, son and assistant, said: “Lostintranslation burst a blood vessel in the King George, which was reported. There is normally something underlying when they break a blood vessel, because it puts them under pressure. “He will have his flu jab now and we will try and get him right for the Denman. “We want to get another spin into him, and he loves it around Newbury, and the ground at that time of year is usually decent.” Lostintranslation, who is a general 25-1 chance for the Gold Cup, has plenty to prove following two below par runs – but Tizzard remains confident he can turn a corner. He added: “Plenty of horses have bled and then go and run well afterwards. “He has never done that at home or anything. But horses bleed from time to time, and we have just got to get him back. “He hasn’t performed the last twice and he needs to bounce back, but it’s certainly possible that he can.” Tizzard thought the dual Grade One winner was going well in the King George until meeting with his setback. He added: “He was travelling beautifully for the first circuit and he was exactly where he wanted to be. “With Frodon going slightly left, he was having a beautiful run down the inside. He then suddenly cut out, but that is what a little bleed does. “ The plan for the yard’s The Big Breakaway, meanwhile, is to work back from what was known as the RSA at the Festival. The five-year-old finished second on his return to Grade One company in the Kauto Star Novices’ Chase at Kempton. Tizzard said: “The Big Breakaway had his flu jab yesterday, and I definitely think he will be going for what was the RSA. “I think it was hell of a performance at Kempton, and I think he will have learnt more from that run than he would have learnt in his whole life. “(Winner) Shan Blue was very impressive over that track and trip, but I think Cheltenham will suit us better. He has come out of Kempton well. “ The Big Breakaway, who suffered an odds-on defeat on his penultimate start at Exeter, is likely to have another run between now and the Festival – but when that will be remains to be decided. Tizzard added: “We’ve had three runs but we will probably look to give him another run before Cheltenham. “We would hate to go back to a little race and have what happened at Exeter, so we would need a half decent race. “He won’t run until the end of January or early February, because that is the last chance before Cheltenham.”