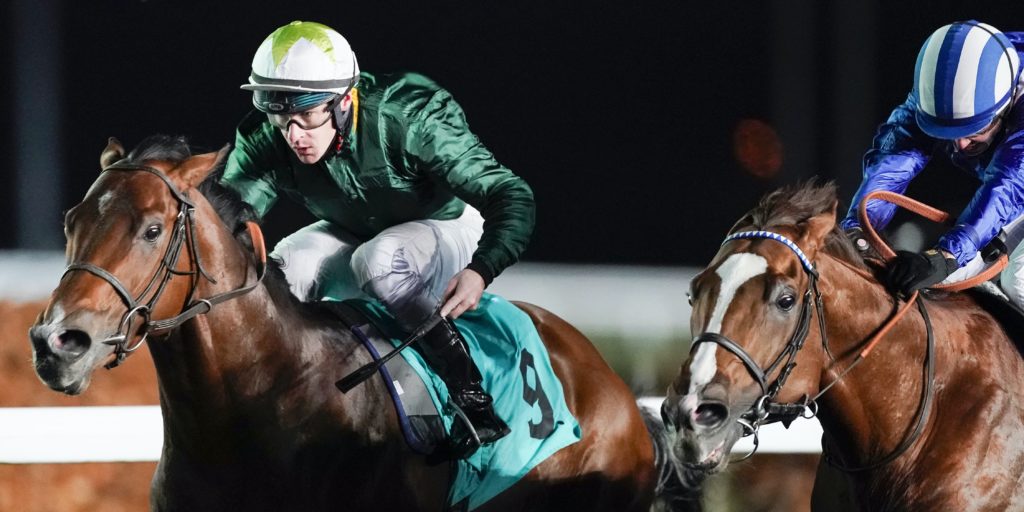 Richard Kingscote times it to perfection in fast-track qualifier.

Kinross flashed home late to land the spoils in the British Stallion Studs EBF Hyde Stakes at Kempton. Always held in high regard and sent off favourite in the Vertem Futurity Trophy on his second two-year-old start, the Ralph Beckett-trained colt has been highly tried since that Newcastle run. Disappointing at Newbury in September, he put that effort firmly behind him under an ice-cool Richard Kingscote ride, darting for the rail a furlong out and picking up in style to reel in Khuzaam, who had looked the likely winner when hitting the front over a furlong out. It was very much a case of deja vu for the runner-up, who was beaten a short head in this fast-track qualifier for the all-weather championships 12 months ago and was running for the first time since, on this occasion going down by three-quarters of a length as the 11-10 favourite. Kingscote was content to look on from towards the rear through the early stages on the 6-1 winner and told Racing TV: “Ralph asked me to sit in and it looked on the book like there was pace, so we were happy and in a nice rhythm. “I think that will do him the world of good, he’s very athletic and nicely put together and he gave me a very enjoyable ride. It’s nice when you get a dream run, slicing through them like butter with a horse good enough to do it. “I think a mile suits him well.”