Search For A Song powers to Irish Leger repeat 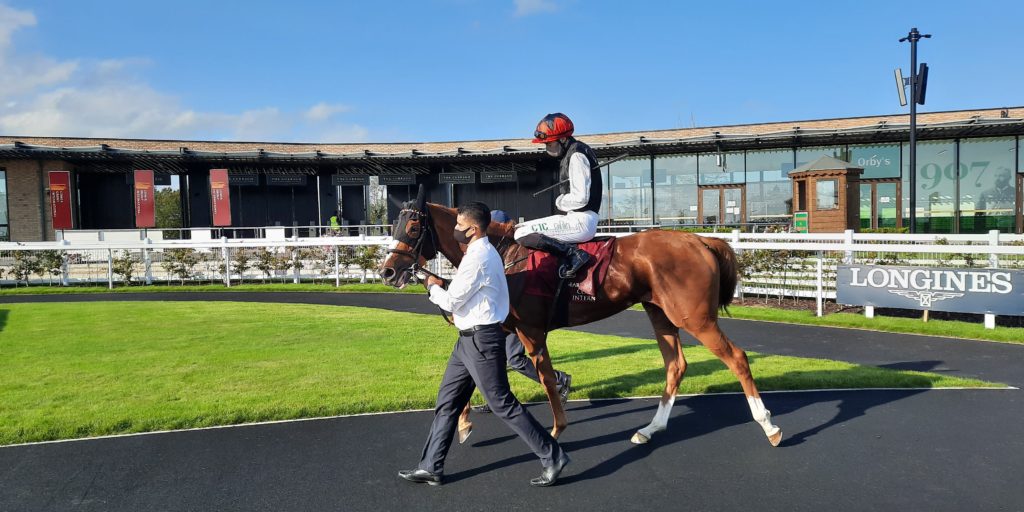 Search For A Song landed back-to-back renewals of the Comer Group International Irish St Leger at the Curragh, as former champion apprentice Oisin Orr won the biggest race of his career. It was a different story to 12 months ago, as while Search For A Song was in front a mile out on that occasion under Chris Hayes, this time Orr had her switched off and was the last to challenge deep inside the final furlong. Andrea Atzeni must have felt confident as he hit the front on Roger Varian’s Ebor winner Fujaira Prince, with everything else seemingly in trouble. Orr had yet to fully ask for everything on the filly, though, who had not won since her famous success last year, although she had run an eyecatching race when not beaten far by Magical in the Tattersalls Gold Cup in July. When her stamina began to kick in close home, it seemed inevitable that the 7-1 chance would get up and in the end she was a comfortable winner. It capped a memorable day for Dermot Weld, who also took the Prix Vermeille with Tarnawa in Paris. Weld, who trained the last back-to-back Leger winner in Vinnie Roe, said: “It’s been a special day, especially when you win your ninth St Leger. “I had one horse win four back-to-back (Vinnie Roe), Vintage Crop won it twice and now she has, too. “I’d trained her for the day for a long time, I also wanted to get that Group One over a mile and a quarter (black type) into her so people didn’t think she was just a staying mare. “You saw what the filly that beat her, Magical, did (in the Irish Champion Stakes) so I was quietly confident she’d win today.” He went on: “I thought it was a lovely ride from Oisin Orr, he’s only 23 the other day but he switched her off beautifully and I was confident turning for home that we’d win. “He gets horses to relax very well. I need to be very fair to Chris Hayes as he rode her beautifully last year too, they all have their own talents. I don’t really have a number one but Oisin rides most of them, I do accept that. I think he has wonderful hands and he fills horses with confidence. “When you win the Vermeille and the Leger on the same day with two fillies when you train 100 horses, which is a great number in Ireland these days – yes you still get a big kick.”