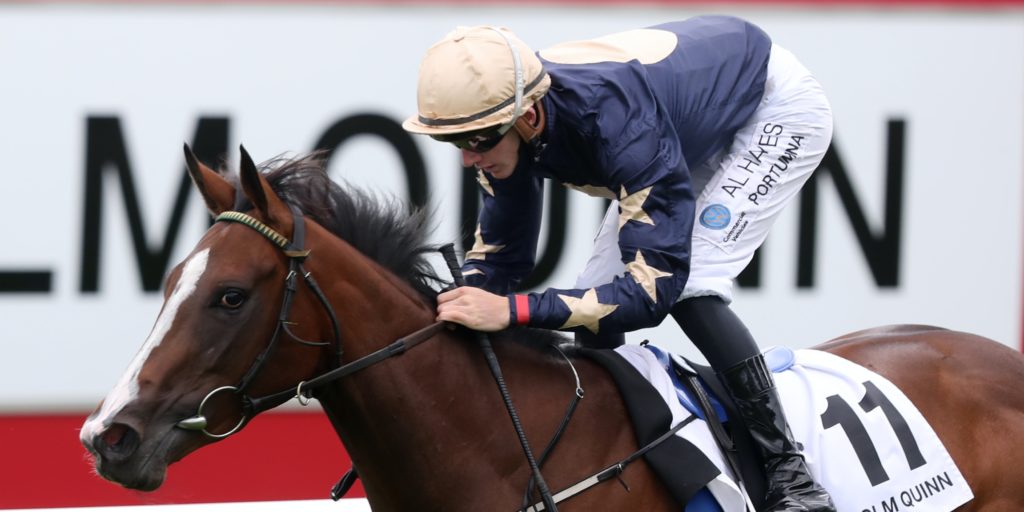 Matron success is first at the top level as a trainer for multiple Classic-winning rider.

Champers Elysees completed her meteoric rise through the ranks as she gave Johnny Murtagh his first Group One success as a trainer with victory in the Coolmore America “Justify” Matron Stakes at Leopardstown. The three-year-old won a Curragh handicap on her seasonal bow in June, but after winning a Listed heat at the Galway Festival and a Group Three at Gowran just 10 days ago, Murtagh – who has been enjoying such a fine season – opted to pitch her into top-level company. Teaming up with Colin Keane for the first time, Champers Elysees was ridden with restraint through the early stages, as Love Locket set the pace and it looked at one point as though the winner’s stablemate Know It All would take the prize before Peaceful took over in the final furlong. However, Champers Elysees was flying on the outside, sweeping through in the shadow of the post to give Murtagh a memorable triumph. Peaceful kept on for second, with 9-4 favourite Fancy Blue keeping on for third, just ahead of the Cieren Fallon-ridden Know It All.