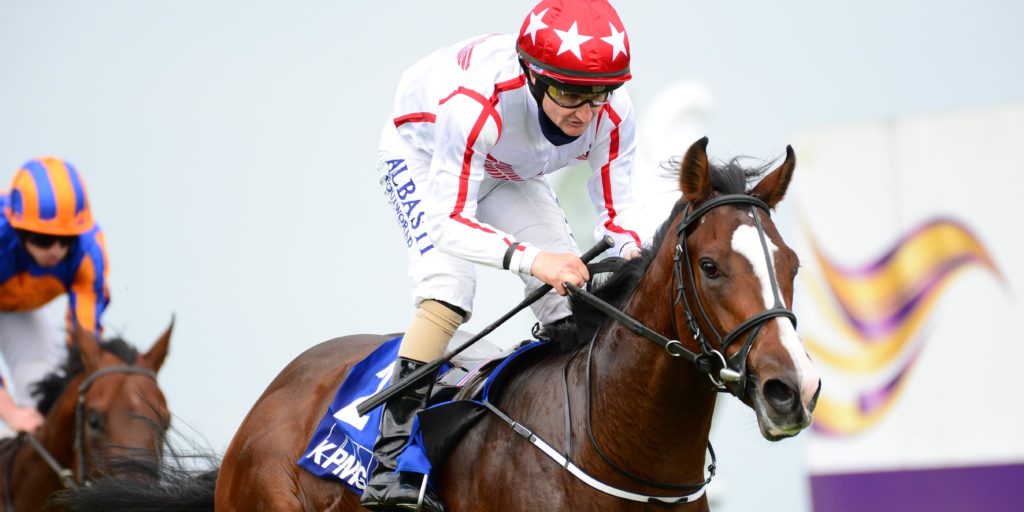 Breeders’ Cup could be on the agenda for Harrington winner.

Cadillac showed his rivals a clean pair of heels to run out an impressive victor in the KPMG Champions Juvenile Stakes at Leopardstown. Jessica Harrington’s charge was sent off the 11-8 favourite for the Group Two affair despite being edged out in the Futurity Stakes and settled on the outside by Shane Foley, tracking the pace set by Van Gogh. Cadillac travelled well throughout the mile heat, and when Foley asked his partner to quicken inside the final furlong, the Lope De Vega colt displayed an electric turn of foot, quickly pulling clear to run out a three-and-a-half-length winner over Van Gogh. Reve De Vol was a further two and three-quarter lengths back in third. Coral made Cadillac their 8-1 co-favourite for next year’s 2000 Guineas, with Betfair cutting him from 33-1 to 12-1 for the Newmarket Classic. The latter also go 5-1 about his chances for the Breeders’ Cup Juvenile Turf in the autumn and the trainer’s daughter, Kate, indicated America could be the next port of call. She said: “You’d have to be delighted with him. You saw the real Cadillac there today and he’s a lovely horse. “He’s a horse that just goes through the motions at home, you don’t really know how big an engine is in there, but it’s fairly big. “He didn’t really learn much the first day, but learned a lot the last day and he did it right there today. “It’s great for the syndicate (Alpha Racing 2020), which we started two years ago and this is the second running of it. We’re going to go forward with it next year and it’s great to have a high-profile horse like this. “I’d say all being well his next start will probably be in the Breeders’ Cup Juvenile Turf.” Monday (12-1) made every yard of the running to claim the Ballylinch Stud Irish EBF Ingabelle Stakes. Fourth on her only previous run, Seamie Heffernan had his Aidan O’Brien-trained mount sharply away, with better-fancied stablemate and 9-4 favourite More Beautiful settled on her heels. However, Ryan Moore was pushing the market leader from some way out and it was left to No Speak Alexander to throw down a challenge, but she fell short by three-quarters of a length at the line. The winner was introduced as a 33-1 shot for next year’s 1000 Guineas by Betfair, and 25-1 by RaceBets, and she could now take a jump up in company. O’Brien said: “She’s the first foal out of Ballydoyle. She can step into a Group race fairly quick, I’d say. “She probably learned a lot the first day and learned a good bit more today. I’d say she won’t have any problem stepping up quick. “The Boussac, Fillies’ Mile, all those races will be open to her.”