Home News Motakhayyel switches up in company for Sovereign mission

Motakhayyel switches up in company for Sovereign mission 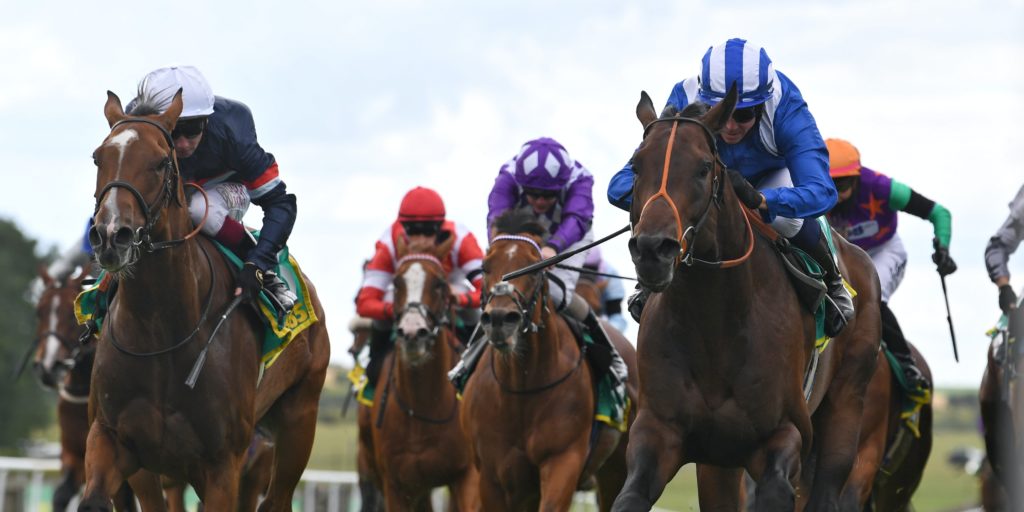 Motakhayyel tests the water at Pattern level for the first time in the AJN Steelstock Sovereign Stakes at Salisbury. The Hamdan Al Maktoum-owned four-year-old will line up for Sunday’s Group Three contest in a rich vein of form, having completed a major handicap double with victories in the Buckingham Palace Handicap at Royal Ascot and the Bunbury Cup at Newmarket. While Motakhayyel faces a step up in class, trainer Richard Hannon is confident his charge will prove up to the task. He said: “Motakhayyel has been in great form all year. He’s rated 112 now, which means handicaps are pretty much out. “He’s a big, strong horse who I hope is still improving. “He’s been working really well and I’d love to think he can make the transition from handicaps to Group races.” The Herridge handler has a second string to his bow in Beat Le Bon, who made rapid progress through the handicap ranks last season, but trailed home last of 11 runners on his reappearance in the Summer Mile at Ascot. “You can put a line through Beat Le Bon’s last run – he just ran too free,” Hannon added. “I think this track will suit him better and I wouldn’t be surprised if he ran a good race at a big price.” Mark Johnston’s Marie’s Diamond kicked off his campaign with victory in the Listed Paradise Stakes at Newmarket, before running a career-best to finish third in the Queen Anne at the Royal meeting. However, he too was disappointing in last month’s Summer Mile and again failed to land a telling blow in the Lennox Stakes at Goodwood. Charlie Johnston, assistant to his father, said: “He’s got to bounce back from a couple of slightly disappointing efforts off the back of the Queen Anne, which obviously sits quite a bit above his form either side. “I think even if he can reproduce the form of his Listed win earlier in the year, it will see him go close. “The track, trip and ground will all be perfect for him.” The highest-rated of eight runners is Sir Michael Stoute’s Regal Reality, who is fitted with a visor for the first time following a few below-par performances. Other contenders include Paul and Oliver Cole’s Duke Of Hazzard, Eve Johnson Houghton’s stable star Accidental Agent and Positive from Clive Cox’s yard. The latter wears blinkers after a sixth-placed finish in the Prix d’Ispahan at Chantilly. “We are putting some blinkers on him – just to try to hold a bit of concentration. We still have every confidence in him,” said Cox. “He was drawn badly and got a bit behind in France last time. He has been finding a bit of a flat spot, which is why we have put the blinkers on. Hopefully they can have the effect we want them to have.”