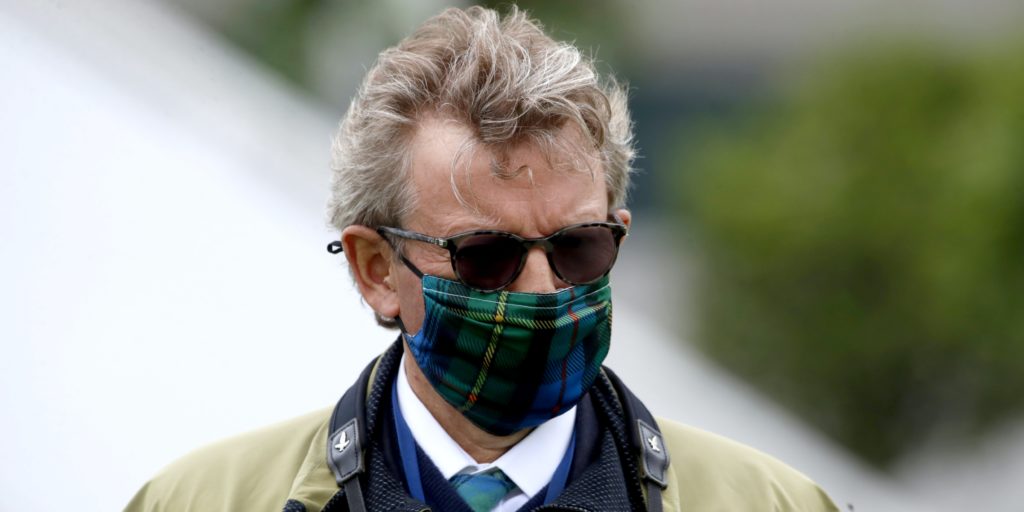 Goodwood could be next for Hamilton Listed winner.

Mark Johnston believes Subjectivist could develop into a St Leger contender after providing him with a sixth victory in the Irish Stallion Farms EBF Glasgow Stakes at Hamilton.

It is 13 years since the Glasgow native first claimed the Listed prize with Boscobel in 2007. Johnston went on to land the next three renewals with Captain Webb, Parthenon and Corsica, before striking again in 2013 with Maputo. The winning-most trainer in British racing history fielded two of the five runners this time around, with Subjectivist – a half-brother to last season’s St Leger runner-up Sir Ron Priestley – joined by stable companion Tulip Fields. Ridden by Joe Fanning, Subjectivist was the 7-4 favourite after solid placed efforts in the King George V Stakes at Royal Ascot and a valuable handicap at Haydock – and he was soon bowling along in front. Alan King’s Tritonic – runner-up in the Golden Gates Handicap at the Royal meeting – came from further back to mount a challenge, but Subjectivist never looked in any real danger of being caught and passed the post with a length and three-quarters in hand. Johnston said: “He’s a horse we’ve always liked. He was unlucky at Ascot and ran great at Haydock, so I’m delighted to see him get his head in front today in a race we always like to support. “He could well be a St Leger horse. His half-brother obviously ran a very good race to finish second in the Leger last season and this horse is actually rated higher than he was at this time last year. “Sir Ron Priestley won a handicap at Glorious Goodwood before going back to win the March Stakes. This horse won’t be going for a handicap, but could run in the Gordon Stakes, then maybe the March Stakes and then on to the Leger.” Johnston and Fanning had earlier combined to land the Heineken UK Scottish Stewards’ Cup with 9-4 market leader Meraas. After winning back-to-back races at Kempton and Pontefract in June, the son of Oasis Dream was a little disappointing on his latest outing in soft ground at Newmarket last week. However, back on a sounder surface, he showed his true colours with a near two-length verdict over Call Me Ginger. Johnston said: “We wondered about the ground at Newmarket and the way he’s run today tells us he clearly wants top of the ground. “I think the Scottish Stewards’ Cup normally comes after the Stewards’ Cup, but now we’ve won the Scottish one we can go for the English one at Goodwood.” The Middleham maestro went on to complete a treble on the card, with 7lb claimer Oliver Stammers steering 5-1 shot Masham Star home in front in the Birra Moretti Handicap. Follow us on Twitter racing365dotcom and like our Facebook page.