Arthur in top form to tee up Aintree return 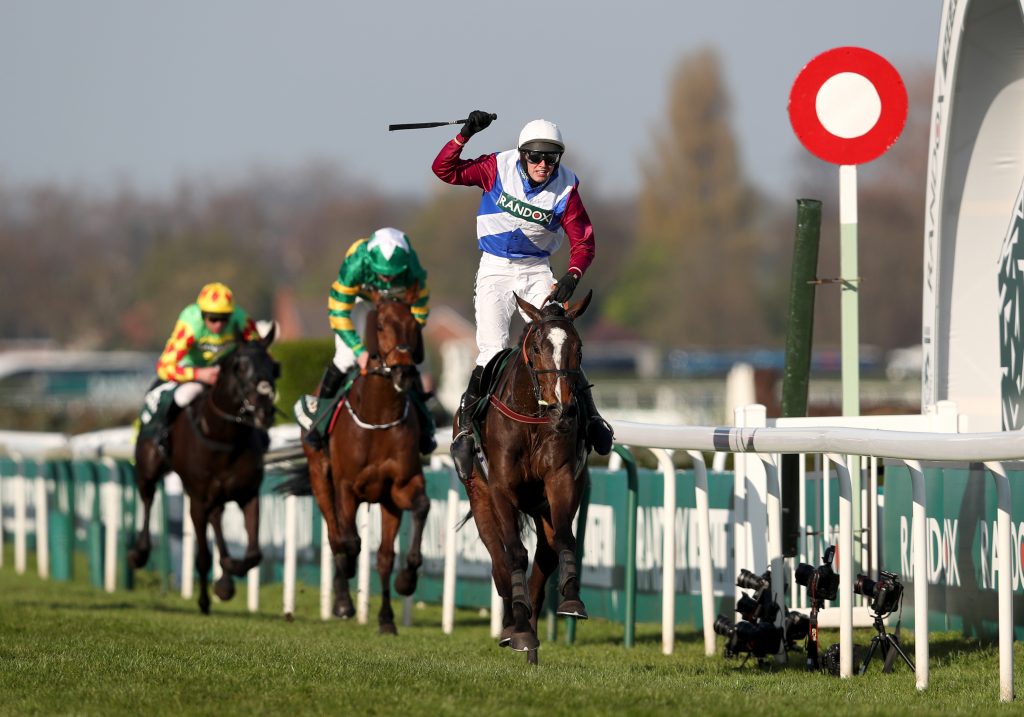 Haydock’s National Trial is ‘means to an end’ – Russell

One For Arthur takes his next step on the road back to Aintree in the Unibet Grand National Trial at Haydock. It will be three years in April since Lucinda Russell’s stable star became only the second Scottish-trained winner of the world’s most famous steeplechase – since when he has made just five competitive starts, including a sixth-placed finish in last year’s National. So far this term the 11-year-old has run with credit at Kelso before finishing fifth when tackling the famous fences for a fourth time in December’s Becher Chase. Connections expressed their delight after One For Arthur was allotted 10st 2lb for this year’s Aintree spectacular – when the weights were officially unveiled earlier this week – and there is confidence from within the camp that the veteran remains at the peak of his powers. Russell said: “We’re very much looking forward to running him on Saturday. He’ll probably need the run to sharpen him up a little bit, but we are very happy with him at home. “I think he’s in better form than he was this time last year, certainly we’re a lot more relaxed. I think he might even be in better form than he was the year he won the National. Let’s hope he stays that way between now and April. “I hope he’ll be competitive this weekend, but it is a means to an end. Hopefully everything goes well, and we can look forward to going back to Aintree with him.” One For Arthur is set to face 10 rivals in what promises to be an attritional affair over an extended three and a half miles. Another horse with Aintree ambitions is the Sue Smith-trained Vintage Clouds, who bids for a second successive win at Haydock following last month’s triumph in the Peter Marsh Chase. Connections were initially cool on a second Grand National bid after the grey made it no further than the first fence in last year’s renewal, but have since had a change of heart. “Vintage Clouds has been fine since the Peter Marsh Chase,” said Smith. “It was a lovely performance, and we were delighted with the manner in which he jumped – it was great to see him put it all together. “The Grand National is now back on the agenda. We just have to decide between now and then whether he also takes in the Ultima Handicap at the Cheltenham Festival, which he was second in last year.” Lord Du Mesnil is in the form of his life following a hat-trick of wins, with his two most recent triumphs coming at Haydock. The French import holds a Grand National entry, but trainer Richard Hobson is not looking beyond this weekend. He said: “He enjoys the course at Haydock. I have been saying all along that he needs the right ground conditions and that therefore brings Haydock into the equation. “He has options after this, including at the Cheltenham Festival, but I just want to take one run at a time.” The weights are headed by the Colin Tizzard-trained Elegant Escape, who was last seen finishing sixth when bidding for back-to-back wins in the Welsh Grand National. Joe Tizzard, assistant to his father, said: “Elegant Escape has been placed in two Ladbrokes Trophys and has won a Welsh National. He probably hasn’t got the class for a Gold Cup, so he will run at Haydock, probably skip Cheltenham, and then roll up at Aintree. “I actually think his Welsh National run this year was not his true running, because he faded from four out.” Paul Nicholls relies on Yala Enki, who claimed this prize two years ago when trained by Venetia Williams. Other hopefuls include Nicky Martin’s The Two Amigos, the Nigel Twiston-Davies-trained Charlie Hall Chase victor Ballyoptic and Geronimo from Sandy Thomson’s yard.