Home News 4 of the best Cheltenham festival moments in history

4 of the best Cheltenham festival moments in history 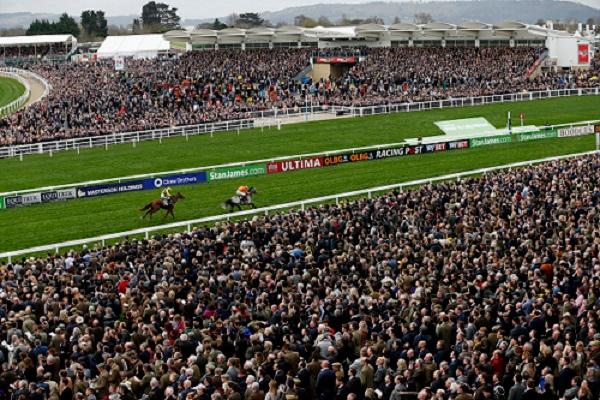 There is no better racing event than the Cheltenham Festival which brings together the best horses and jockeys every year for the highest racing honours. For fans and punters, the event has a special appeal who use the accumulator calculator and bet on the outcomes of numerous festival races.

Desert Orchid, affectionately known as Dessie, was a big name in the National Hunt racing where he won many prestigious racing contests. Particularly in King George VI Chase, there was no better horse than Dessie who won this race an incredible four times. However, the great racehorse wasn’t able to garner successes in the Cheltenham Gold Cup. That changed in the 1989 race when he stunned everyone with his spectacular performance. Continuous rain and snow at Cheltenham made testing conditions for Dessie, who faced great competition in the mud-loving Yahoo. Even then he prevailed by one and a half-length to record his one and only Gold Cup success.

Norton’s Coin had no notable victories before appearing in the 1990 Cheltenham Gold Cup. Therefore, there wasn’t much market confidence behind the 9-year-old trained by Sirrel Griffiths. However, Norton’s Coin immortalized his name in the history of the Cheltenham Gold Cup by producing a huge upset. He started at odds of 100/1 and came out on top of all the other great horses. Desert Orchid was competing as the odds-on favorite at 10/11 but he couldn’t defend his crown and had to settle for the third place. Not only did Norton’s Coin win, but he also finished the race in a record time of six minutes and 30 seconds.

Best Mate is regarded as one of the most loved horses in the UK. No other modern racehorse could come close to his achievements in the Cheltenham Gold Cup. He received numerous awards and honors including the Cheltenham’s Hall of Fame at the 2007 meeting. Best Mate clinched the Cheltenham Gold Cup in 2002, 2003, and 2004 with jockey Jim Culloty. Therefore, he became the only horse since Arkle who pulled off such a feat of winning three consecutive Gold Cups. Unfortunately, he couldn’t compete in the 2001 Cheltenham Gold Cup because the festival had to be abandoned due to the outbreak of foot and mouth disease. While he was denied from running in the 2005 edition of the competition due to an injury.

No one can dispute that Big Buck’s is the greatest staying hurdler of all time. After all, he won four consecutive World Hurdles, something which had never been done before in the history of the competition. These victories didn’t come easily for him as Voler La Vedette proved to be a fierce competitor. He recorded 18 hurdle wins before he retired in 2014.