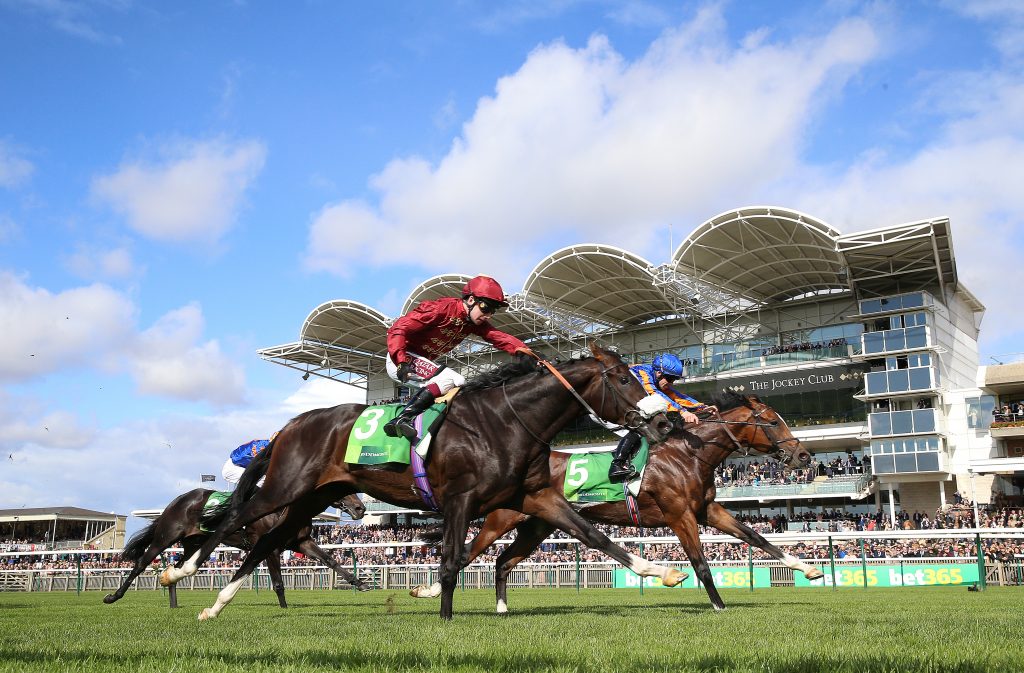 Newcastle delight for Balding and Murphy.

Kameko raced into the history books with an impressive success in the Vertem Futurity Trophy at Newcastle. Originally due to be the centrepiece of last Saturday’s abandoned fixture at Doncaster, the Group One event was swiftly rescheduled to be run at Gosforth Park – making it the first ever top-level contest staged on the all-weather in Britain. A high-class field of 11 juveniles went to post, with Aidan O’Brien fielding a five-strong team in a bid to match the late Sir Henry Cecil’s record of 10 victories in the race. The heavily-backed favourite was Ralph Beckett’s runaway Newmarket scorer Kinross – but in the end none of them could land a glove on Andrew Balding’s dominant winner. Since making a winning debut at Sandown in July, the son of Kitten’s Joy had been touched off by the Clive Cox-trained Positive in the Solario Stakes and O’Brien’s Royal Dornoch in the Royal Lodge. Sent off at 11-2 for his latest assignment, Kameko travelled strongly in midfield in the hands of newly-crowned champion jockey Oisin Murphy before rocketing three and a quarter lengths clear. Innisfree fared best of the O’Brien quintet in second, with his stablemate Year Of The Tiger pipping the apparent Ballydoyle first string Mogul to third.