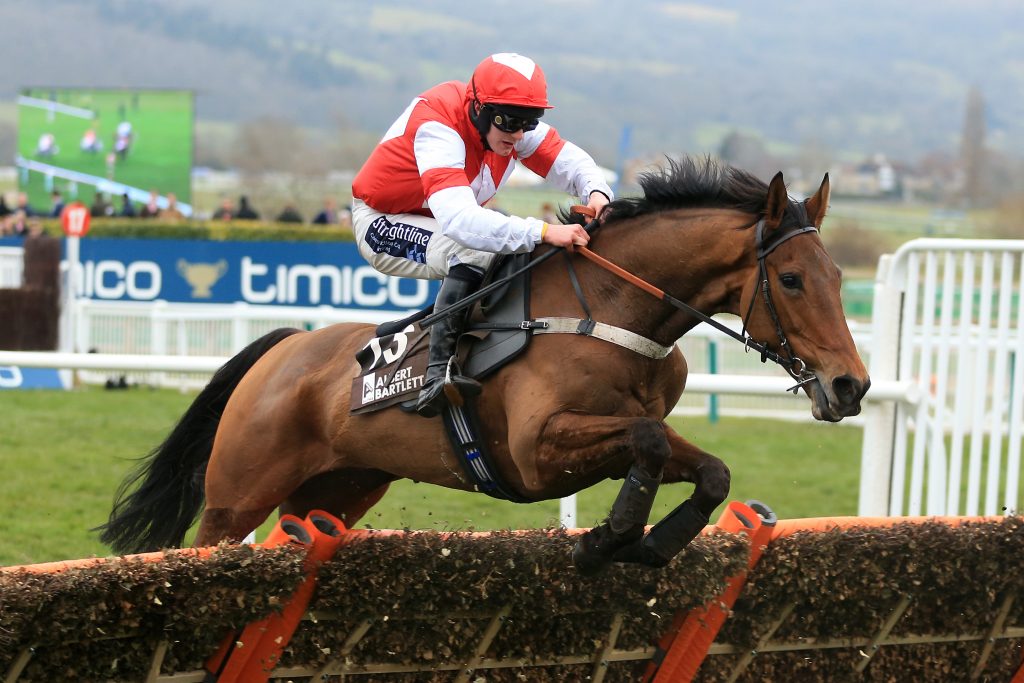 Rose Dobbin will consider the Betfair Rehearsal Chase at Newcastle later this month for Jonniesofa following his triumphant return after almost two years on the sidelines. The Grade Two winner came back from a 672-day absence caused by suspensory problems to win impressively at Ayr on Saturday. Dobbin, whose season has got off to a flying start following a year under a cloud with a virus, will monitor the nine-year-old’s condition over the next couple of weeks ahead of a possible appearance at Gosforth Park on November 30. “Saturday was fantastic. It has been a long road to get ‘Jonnie’ back, so for him to win in that fashion was remarkable,” said the Alnwick-based trainer. “He is obviously very fragile. We knew he was fit and would love the ground, but we didn’t expect him to win like that. “It was pretty emotional for everyone and I was particularly pleased for his owners Rob and Annette Houghton, who have had to be so patient while we’ve been dealing with his setbacks. “It was their 30th anniversary, so this certainly boosted the celebrations!” Considering future targets, Dobbin continued: “With the nature of Jonnie’s injury we have had to take it day-by-day for a lot of the time – he’s been doing a lot of swimming in the pool. Hopefully we can keep him in one piece and get a few more runs into him. “We are so lucky to have a horse like him and just have to hope he stays sound to get running in the races he deserves to be in. “The Rehearsal Chase at Newcastle is one of the options in my mind, but we’ll see how he is and then start making plans.” Dobbin was also encouraged by the return to action of Coole Hall to take third place behind Sam Spinner and Ardlethen at Wetherby on Friday after 309 days off the track. The seven-year-old, who runs in the colours of the trainer’s father Duncan Davidson, is her highest-rated horse and should provide good days ahead. “Coole Hall ran a super race against two high-class opponents – and will come on for the run,” she said. “He looked right back to his old self. We were delighted with the way he jumped and there will be plenty of opportunities for him over the winter. “You’d have to hope he has the potential to win a nice race.”