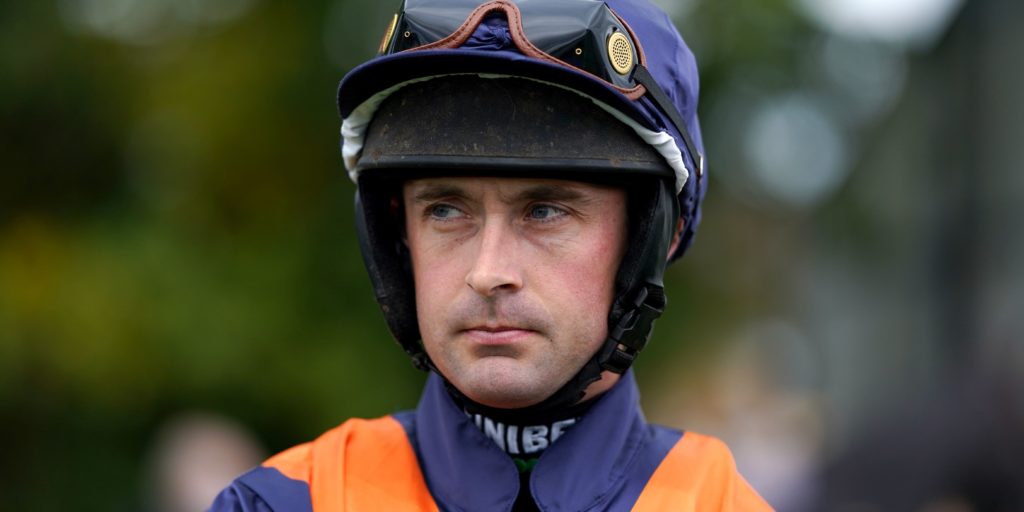 Rider will miss the high-profile mount on Jonbon at Newbury.

Nico de Boinville faces a spell on the sidelines and will miss the ride aboard the exciting Jonbon at Newbury on Friday after suffering a fall at Nicky Henderson’s Seven Barrows yard on Thursday morning. The rider was due to partner the brother of Douvan in the Play Ladbrokes 5-A-Side On Football “National Hunt” Maiden Hurdle, but was taken to hospital with suspected broken ribs. Aidan Coleman will now partner the JP McManus-owned five-year-old in the extended two-mile contest. Henderson gave an update at lunchtime on Thursday and was still waiting to hear the severity of De Boinville’s injuries. Henderson said: “Unfortunately, horses have falls when they are jumping fences. “We have just had a message to say that Nico has been into the hospital, but he has now left that hospital. Nico has been in there since half past eight and still not been seen. He has given up waiting. “We are pretty sure he has broken ribs. He went to Swindon Hospital and hasn’t been seen for almost four hours. If you are walking, I’m afraid that is what happens – you are better off going in there and lying down on the floor! “It is cruel before a weekend like this, which is pretty important.” Henderson added: “I’m afraid it happens. The timing is horrible, and we are just going to have to juggle everything around. “Aidan Coleman will ride Jonbon in the two-mile maiden hurdle. James Bowen will ride Mister Coffey in the novice handicap chase and Daryl Jacob will be on Cascova in that, while James will also be on Morning Vicar in the handicap chase and On The Blindside in the Long Distance Hurdle. He also takes over on Kincardine in the novice hurdle. “James is riding extremely well and deserves his chance, but even he would agree, he would not want that chance under these circumstances.”