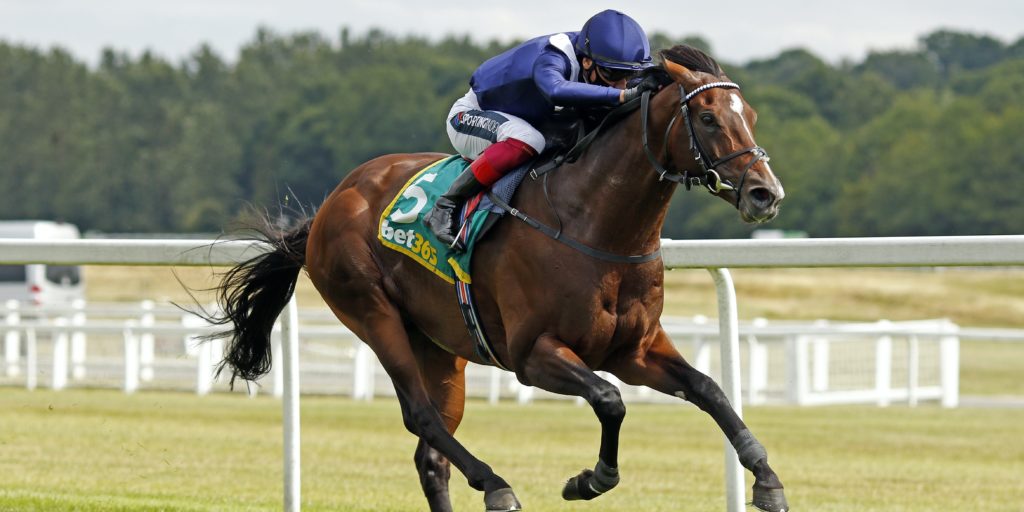 Global Giant resumed his progression to gain the most notable success of his career in the bet365 Steventon Stakes at Newbury.

After meeting trouble in running on his last start at Sandown, the five-year-old son of Shamardal gained compensation in the Listed prize to make two wins from three outings since joining John Gosden from Ed Dunlop. Although Frankie Dettori was forced to commit the the 2-1 favourite sooner than he wanted, it failed to prevent the pair from prevailing by a length from the staying-on Extra Elusive. Thady Gosden, assistant to his father, said: “He got stuck on the inside at Sandown and the race suddenly went away from him and by the time he pulled him out they had already gone. That day nothing was coming from behind and Sandown is usually a front-runners track. “He has done that pretty nicely, then sprinted and Frankie didn’t want to let Pablo Escobarr get away from the front so he had to commit quite early and he was a little tired late on. “Ideally he would have liked to hold on for a bit longer, but as we have seen in recent big races if you let one get away they might not come back. Frankie made the right decision to go after him relatively early in the straight.” Looking ahead connections now intend to work Global Giant back from an outing in the Bahrain International Trophy in November. Gosden added: “There are no immediate plans, but the long-term plan is that he will go to the Bahrain International Trophy at the end of the year. The horse is owned by Sheikh Isa and they put on this good race last year and we ran Turgenev there last year. “It is a lovely race track and place so hopefully we can take him there.” Follow us on Twitter racing365dotcom and like our Facebook page.