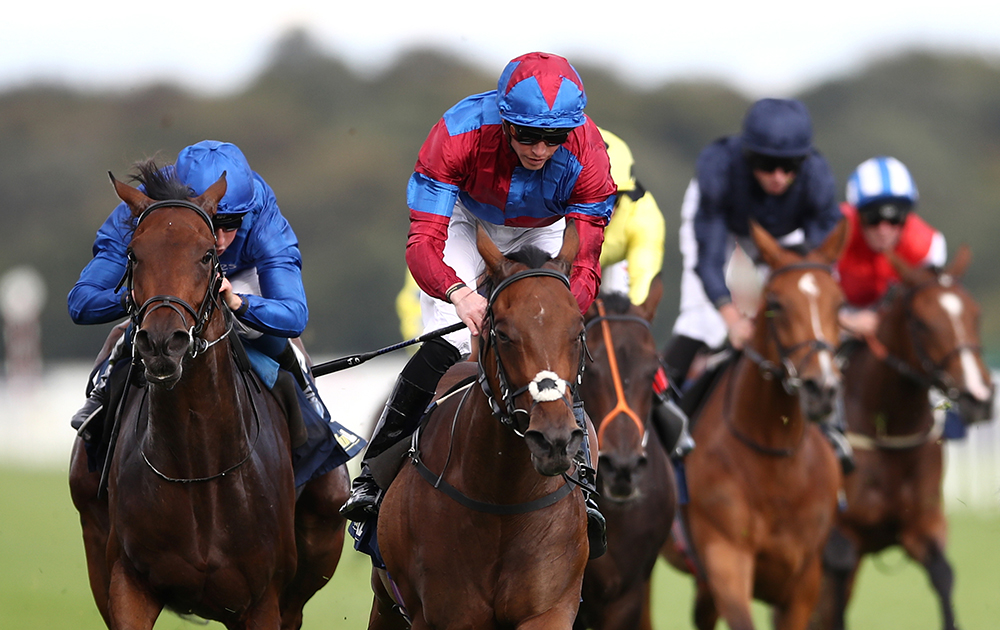 Powerful Breeze enhanced her chances of being supplemented for next month’s bet365 Fillies’ Mile at Newmarket after pleasing in a racecourse gallop at the track on Friday. The Hugo Palmer-trained two-year-old looks set to be supplemented at a cost of £40,000 for the Group One contest on October 11 after appearing to handle the undulations of the Rowley Mile during the seven-furlong exercise alongside stablemate Power Of States. Partnered by James Doyle, the Dr Ali Ridha-owned filly, who backed up her debut win at the July Course with victory in the Group Two May Hill Stakes at Doncaster last time out, moved swiftly past her work companion before crossing the line comfortably on top. Palmer said: “James Doyle was really happy with her. She travelled strongly through her work and she went through the dip like it wasn’t there and that’s the main thing. “She is a very genuine filly that is loving what she does. That was only the fourth bit of work in her life. She came to us very quickly in August, but I’m delighted with what she has done there. “She has done everything nicely enough and I see no reason why we would want to go to France (Prix Marcel Boussac).” Although Powerful Breeze, who is as short as 16-1 for next year’s Qipco 1000 Guineas, has won both her starts to date on quick ground, Palmer feels she should be capable of acting on slightly slower conditions. He added: “The ground was a bit slower than what they finished on yesterday, which has been described as good. “It was very quick at Doncaster, but she appeared to handle that change in ground fine. “She is a Newmarket horse and Plan A is hopefully she will be here for her next two races, both of which are Group One races over a mile, with one in two weeks and the other in the spring (1000 Guineas).”