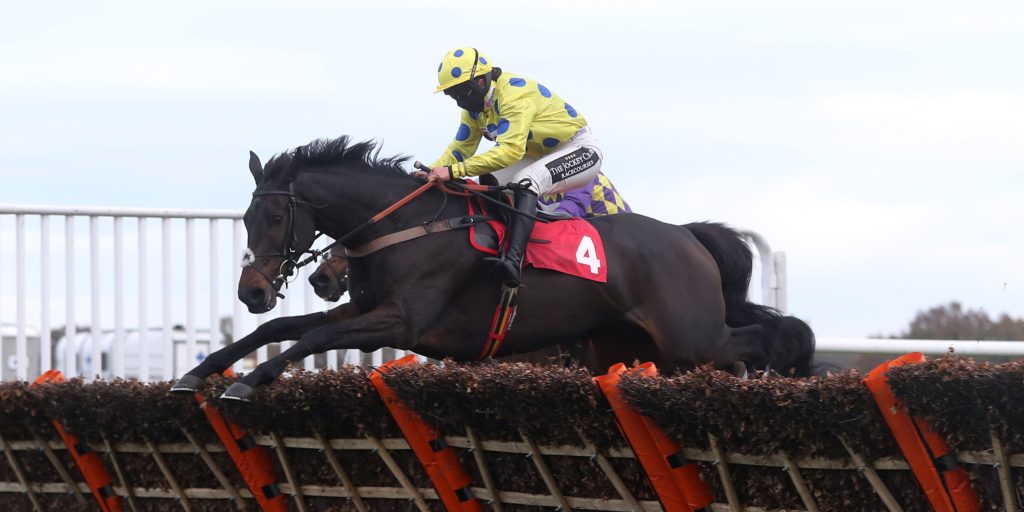 Switch Hitter was prominent throughout and held on with great determination to win the Virgin Bet Silver Plate Handicap Hurdle at Kempton. Bryony Frost had Paul Nicholls’ lightly-raced six-year-old right up with a steady pace almost from the outset, alongside Vive Le Roi. It proved another canny ride round this track from Frost as Switch Hitter saw off Breffniboy after the last to win by a neck at 11-2 – with favourite Nightboattoclyro having to settle for third, another five lengths back, unable to bridge the gap in the straight after being held up in pursuit of a four-timer this season. Switch Hitter was returning from a near three-month break, having been well-beaten on his handicap debut over course and distance on Boxing Day. He was winning for the second time in only five career starts under rules, in this competitive feature race. The GBP 22,000 contest was a consolation race for those runners that missed the cut at the Cheltenham Festival, and Nicholls was full of praise for the concept. He said: “It’s brilliant that they have races like this, with nice prize money, for horses that weren’t able to go to Cheltenham. “I can’t really say enough about the value of these consolation races – he was balloted out of the Coral Cup. “He will make a lovely chaser next year. He’s a point to point winner and will jump fences. “There’s a novice chase here in May that could be on the agenda as he wants good ground, but he could firstly go to Sandown where there’s a two-and-a-half-mile handicap hurdle on the last day of the season.”